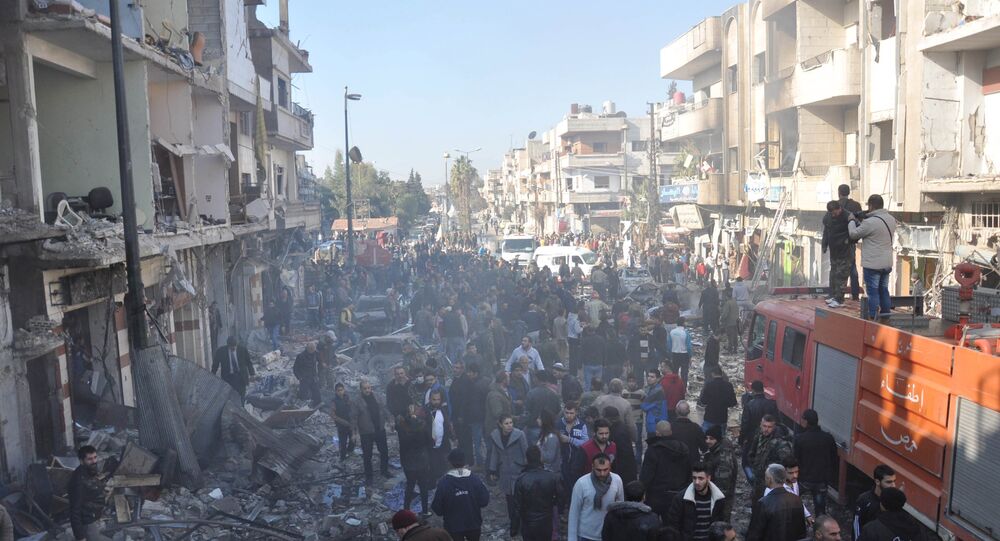 Russian servicemen have delivered 300 kilograms (over 660 pounds) of bread to residents of Syria’s Homs Governorate, the Russian center for Syrian reconciliation at the Hmeimim airbase said in a daily bulletin posted by the Russian Defense Ministry.

MOSCOW (Sputnik) – According to the Thursday statement, the Russian center for Syrian reconciliation at the Hmeimim airbase registered a total of seven violations of the ceasefire regime in Syria in the last 24 hours.

"To the towns of Homs province, 300 kilograms of bread have been passed, baked in the Russian field bakery. The formation of humanitarian convoys for residents of settlements of the Latakia and Homs provinces continues," the Thursday statement says.

A US-Russia-brokered ceasefire agreement came into force across Syria on February 27. The deal does not apply to terrorist groups such as Daesh and al-Nusra Front, both of which are outlawed in Russia and a range of other states.

The Russian Defense Ministry said on Thursday that the number of settlements that have joined the ceasefire regime in Syria has increased to 100 while the number of armed groups that have agreed to stop hostilities has grown to 58.