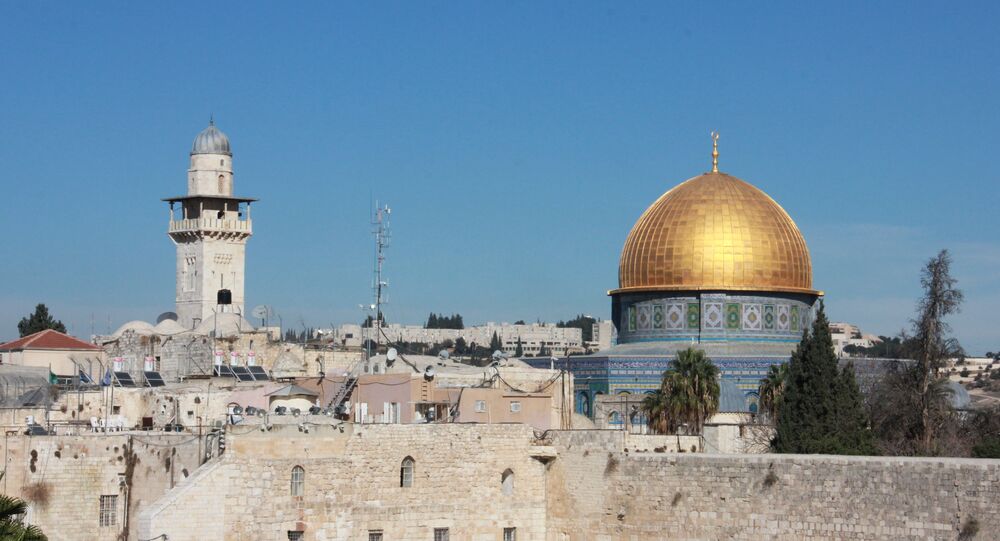 Jerusalem’s Al-Aqsa mosque compound, a holy site for both Jews and Muslims, was once again a hotspot on Thursday, as police arrested right-wing Israelis attempting to carry out prohibited religious rituals.

© REUTERS / farsnews.com
‘Israel Must Be Wiped Out’: Iran Tests Missile Capable of Reaching Tel Aviv
Reports state that 15 Israelis were arrested as they walked to the Al-Aqsa Mosque, that Jews call Temple Mount. The sacred site, located in the center of Jerusalem’s Old City, allows Israelis to visit, but is off limits as a place of worship to members of the Jewish faith.

Local police said that dozens of Jews, actively engaged in the act of worshipping, refused to disperse. The police remarked that the Jewish worshippers acted aggressively toward local Palestinians.

"They had formed a human chain to prevent local residents from entering the Old City and committed acts of violence against them," said the statement, which gave no further details.

This particular incident occurred two weeks after violent clashes between ultra-nationalist Israelis and Palestinians at the Al-Aqsa Mosque compound broke out during the Jewish Passover holiday.

© AFP 2021 / ATTA KENARE
Cost of Safety? Iran Set to Spend Billions to Fight Terrorism, Zionism
According to Xinhua, seven of the 233 Israelis visiting the compound on April 27 were arrested at the site for praying. Israeli police also interrogated three Muslim worshipers the same day who were said to have harassed the Israelis.

A day earlier, Palestinian news agency Ma'an reported that compound guards were arrested by Israelis after insulting Jews praying at the site.

"The storming of the yards of Al-Aqsa Mosque by the Israeli occupation forces and the settlers is a violation of international laws and conventions," Mohammad Momani, Jordan’s State Minister for Media Affairs, claimed, following the incidents.

The seemingly endless tensions simmering between Israelis and Palestinians were reheated September 2015, when rumors boiled over into protest over threats that Israel was planning to restore a Jewish presence at the compound, known, depending upon one’s faith, as Al-Aqsa Mosque, Al-Haram Al-Sharif, or Temple Mount.