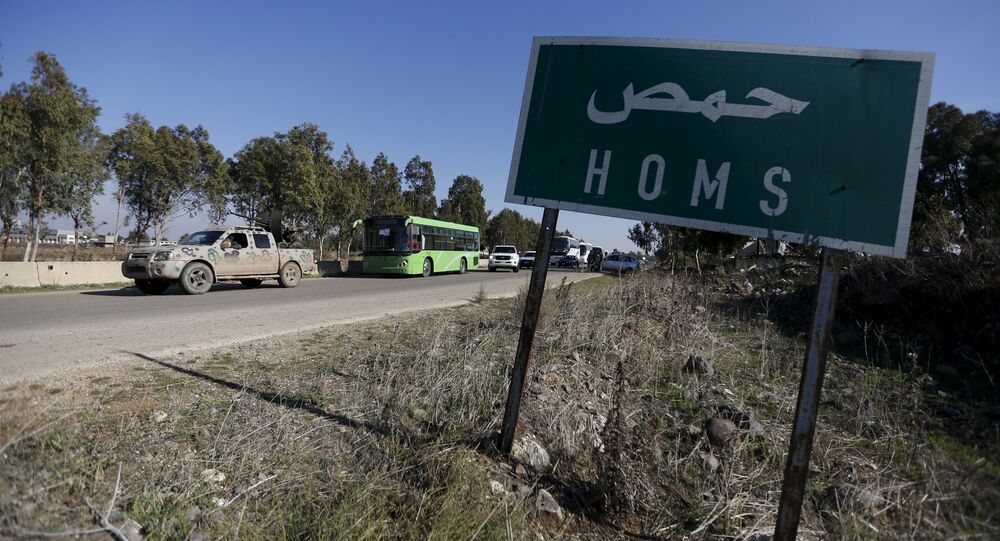 Identified as Anton Yerygin, the serviceman died of heavy injuries sustained during an insurgent attack in the Syrian province of Homs.

Yerygin was reportedly on duty, escorting Russia's Hmeymim reconciliation center vehicles, when the convoy was shelled by terrorists earlier this week. The soldier was rushed to a Russian military hospital.

"The soldier had been transported to a hospital where Russian mlitary doctors fought for his life for two days, but failed to save him," a spokesman for Hmeymim base said on Wednesday.

Earlier in March, Putin ordered the pullout of the bulk of the Russian contingent in Syria after the campaign's objectives had broadly been completed. Following Putin’s announcement of the withdrawal, Moscow said that some Russian military personnel would remain at the Hmeimim air base as well as the naval base at Tartus to observe the implementation of the ceasefire in Syria.