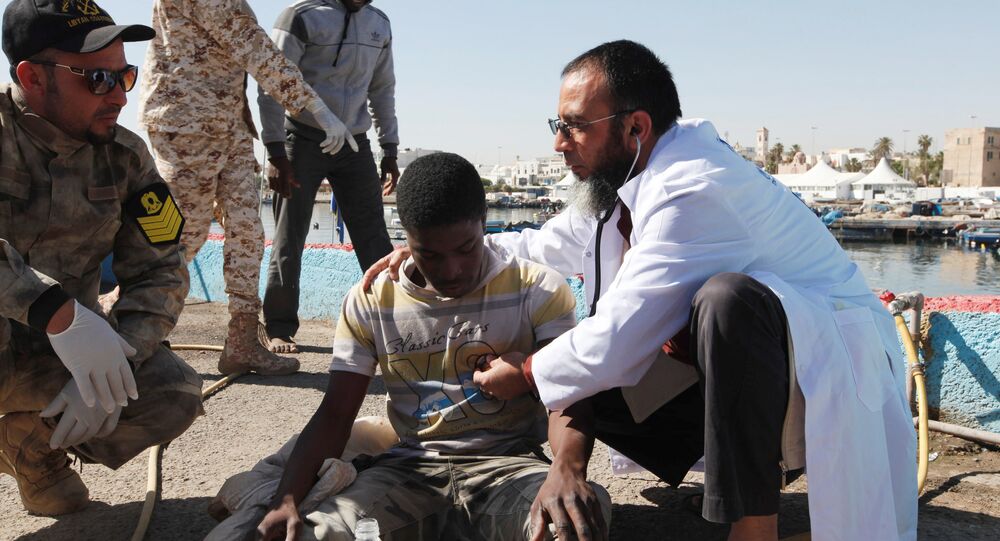 CAIRO (Sputnik) — Libya’s Government of National Accord will make every effort to secure general support after having successfully avoided bloodshed on its arrival in Tripoli, Deputy Prime Minister Ahmed Maiteeg told Sputnik.

© AFP 2021 / MAHMUD TURKIA
New Libyan Unity Government To Disband Armed Groups
In March, the ministers of the UN-backed Presidential Council sailed into the Libyan capital from Tunisia, after the Tripoli-based Islamist-dominated General National Congress (GNC) agreed with the exiled parliament in Tobruk to form a unity government last December.

"We are continuing talks with all forces so that a parliament meeting should be called to express its confidence in the government," Maiteeg said. "We did not want clashes with any militant groups so we waited several months before going to Tripoli with a Libyan Navy convoy. We managed to avoid bloodshed."

The 2011 Arab Spring uprising created a political and security vacuum in Libya that was largely filled by Islamist militants. Members of the GNC, which controlled some of the armed formations, have joined the government’s advisory body, leaving militants unchecked.