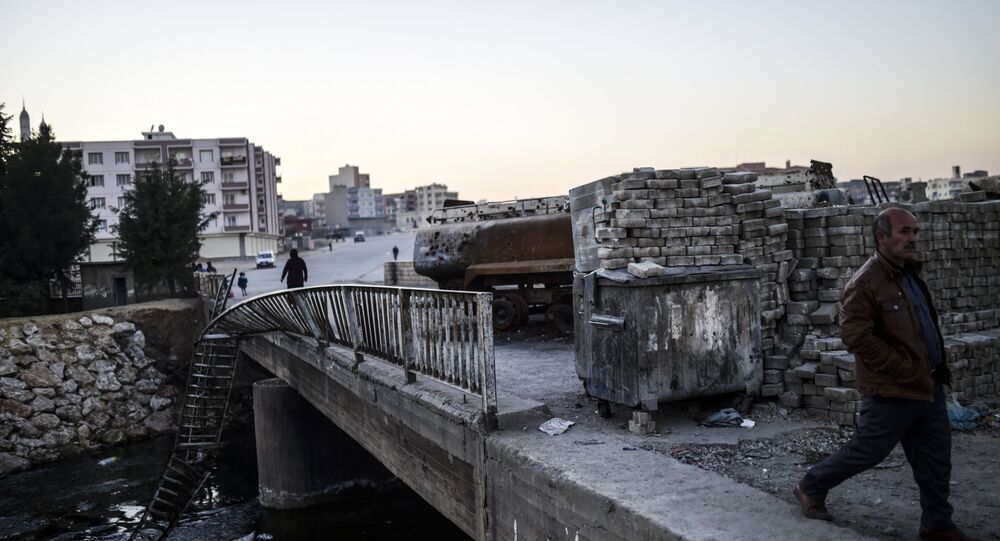 The Turkish army shelled a district of the Nusaybin city in southern Turkey using munitions which are likely to contain the banned substance of phosphorus, according to a Kurdish source.

"The Turkish army shelled a district of the Nusaybin city in southern Turkey using munitions which are likely to contain the banned substance of phosphorus," the source said.

Nusaybin is located in the Mardin province, where two Turkish servicemen were killed during a raid against the Kurdistan Workers’ Party (PKK), outlawed in the country, earlier in the day.

© AFP 2021 / ARIS MESSINIS
Three Turkish Army Servicemen Killed in Attack by Kurdish Militants
Severe clashes between the Turkish Armed Forces and PKK have been arising sporadically in Turkey since a July terror attack in the city of Suruc, which killed over 30 people, most of them Kurds. As Kurds killed two Turkish policemen in what they called a retaliation attack, Ankara declared a military campaign against the PKK, which it considers to be a terrorist organization.