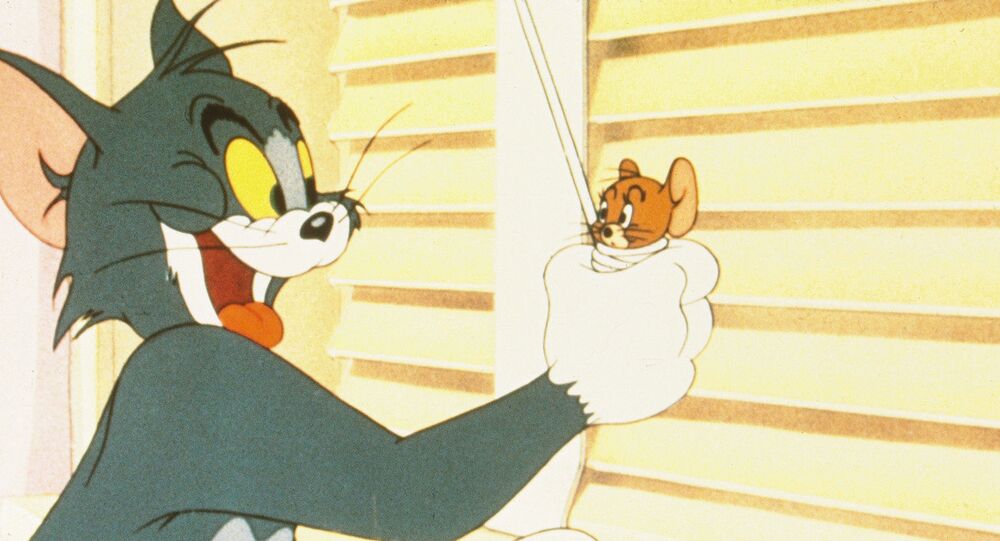 The head of Egypt’s State Information Service (SIS), Salah Abdel Sadek, accused the American World War II-era cartoon “Tom and Jerry” of contributing to extremism in the Middle East by “portraying violence in a funny manner.”

Sadek told an audience, during a speech at Cairo University this week, that the Academy Award-winning US cartoon, alongside video games and violent movies, is responsible for the spread of violence in the region.

"[The cartoon] sends the message that, yes, I can hit him… and I can blow him up with explosives. It becomes set in [the viewer's] mind that this is natural," he explained, cited by the EgyptianStreets website.

Sadek added that playing violent video games has become therapy for youth dealing with social and cultural pressures, adding that young people begin to regard violent behavior as normal, after spending time immersed in some gaming scenarios.

"It has become very normal for a young man to spend long hours playing video games, killing and spilling blood, and he's happy and content," he said.

Social media immediately exploded with sardonic responses from those outraged with the assertions of the senior official.

Another masterpiece. Head of egypt's state information service says tom and Jerry one of the causes of widespread violence in the Arab world

ME violence nothing to do with extra judicial killings, police torture, govt oppression — it's Tom & Jerry's faulthttps://t.co/U9hMhULpu9

© AP Photo / MENA
Egypt Journalists Vow Strike if Press Restrictions Remain in Place
But there were also articles echoing Sadek's comments, including one titled, "Five Accusations Tom and Jerry Faces in Egypt," which appeared on a

That article developed the idea that "Tom and Jerry" encourages children to "come up with sinister plans" and "encourages violence and the use of sharp instruments such as knives, guns, and chainsaws."