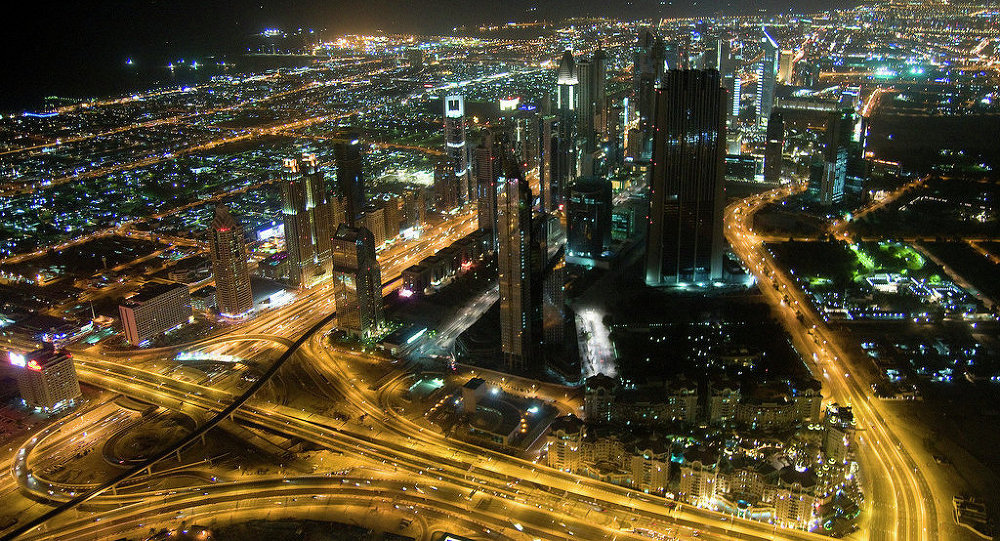 Dubai has announced plans to build a skyscraper by 2020 called ‘The Tower’, which will overtake the current symbol of the city, the Burj Khalifa. It seems that Dubai is not willing to give up its title of having the highest skyscrapers to Saudi Arabia.

Dubai has been called the city with the tallest buildings in the world. The plans to build ‘The Tower’ seem like Dubai authorities have accepted the challenge from neighboring Saudi Arabia, who has started the construction of their tallest skyscraper Jeddah Tower.

Jeddah Tower is currently under construction in the vicinity of Jeddah in the Arabian Desert. The tower is worth 1.23 billion dollars, in comparison, the cost of Dubai’s Burj Khalifa is $1.5 billion.

© Photo : on the roofs
Don't Look Down! Roofers Scale 555-Meter Skyscraper
Jeddah Tower was set to be the highest in the world and the first tower with a height of more than 1 kilometer. The project was to be designed by the same architects who worked on the Burj Khalifa. The Saudi tower was set to surpass its Dubai ‘rival’ by 180 meters.

However, whether the creators of the Arabian giant will make it in time is doubtful now as Dubai has announced that the construction of ‘The Tower’ is set to be finished in time for the international exhibition EXPO-2020.

The height of this tower remains undisclosed so far, but the probability of it becoming the highest tower in the world has already been proclaimed. The speed at which skyscrapers in Dubai are built is truly phenomenal.

Dubai has been on top of the list in terms of highest buildings for a while and it clearly doesn’t want to lose that status any time soon.

Princess Tower Building, which has a height of 413.4 meters, bore the title for being officially the tallest residential building in the world from 2012 to 2015, until the status was passed on to a skyscraper in the United States.

The skyscrapers in Dubai Marina have more than 100 floors of residential apartments. The world’s tallest hotel is also located in Dubai. The 76-story JW Marriott Marquis Dubai Hotel has a height of 355 meters. It was built in 2012 and consists of two twin towers of an unusual shape.

On the Edge: Extreme Stunts on Top of a Skyscraper