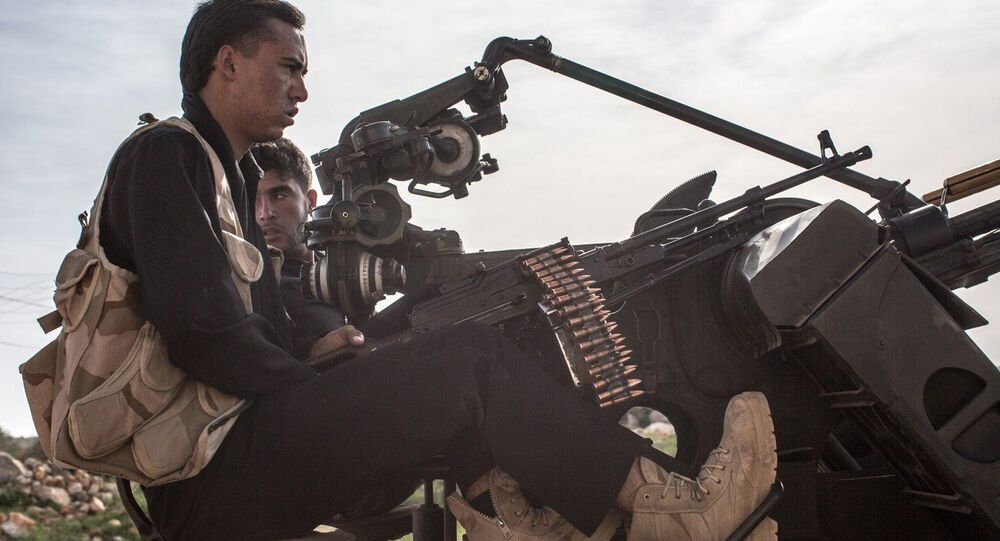 Veteran UN human rights adviser James Paul claims that the US government and its allies have exaggerated the military power of the tiny Syrian opposition to hide the dominant role of Islamic fundamentalists.

"The so-called ‘moderate opposition’ groups, including the Free Syrian Army, are extremely weak militarily and not very numerous, though Western governments and press reports often suggest they are an important force," Paul observed.

The US government attempted to include al-Nusra Front in the new ceasefire agreement in Aleppo, but the Russian government insisted on excluding the Islamist movement as unacceptable, Russian Foreign Minister Sergei Lavrov told Sputnik in an exclusive interview published earlier on Wednesday.

The overwhelming balance of forces on the opposition side is dominated by Islamic fundamentalist groups, Paul explained.

"The most important are Daesh [Islamic State] and the Nusra Front, a branch of al-Qaeda. Additionally, there are smaller jihadi groups that are powerful in certain regions such as Jaish al-Islam and Ahrar al-Sham," he noted.

The Islamist groups are supposed to be excluded from the cease-fire, which means that Syrian government forces and their allies can continue to engage militarily with them, Paul pointed out.

Paul agreed with Lavrov that the United States complains loudly about these attacks, while saying nothing about the Islamic forces, Paul also said.

"Washington has been providing military assistance not only to the ‘moderates’ but also to the Islamists, both directly and indirectly through its regional allies, Turkey, Saudi Arabia and Qatar in particular… supporting Islamist forces, seen as the only viable military force to overthrow… the Assad regime," he maintained.

Russia has tried to curb foreign support to the Islamist groups through direct talks with the United States and through initiatives with the United Nations. However, the US government uses vague language when discussing the conflict to avoid admitting it is giving support to Islamists, Paul maintained.

"Every analyst with knowledge of the Middle East knows very well that the United States has been supporting Islamist groups for decades, in spite of the terrible blowback that has resulted, like the US support for the Mujahedeen in Afghanistan, beginning in 1979," he added.