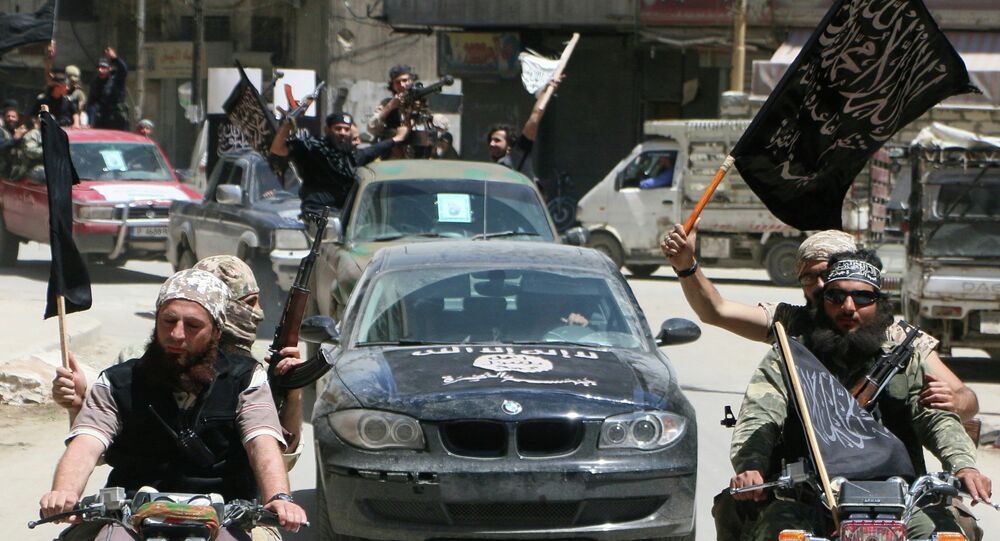 US Department of State spokesperson Mark Toner said that the United States has communicated to the Syrian opposition that it must clearly separate itself from al-Nusra Front in Aleppo.

WASHINGTON (Sputnik) — The United States has communicated to the Syrian opposition that it must clearly separate itself from al-Nusra Front in Aleppo, US Department of State spokesperson Mark Toner said in a briefing on Thursday.

Al-Nusra Front, Toner noted, is not party to the cessation of hostilities in Syria, but the United States believes that President Bashar Assad’s government is using the group’s presence in Aleppo as an excuse to attack opposition forces.

© Flickr / coolloud
Ex-US Diplomat: Al-Nusra Front Key Element in US Plots to Topple Assad
Late on Tuesday, Washington and Moscow concluded an agreement to extend the ceasefire in Syria to the Aleppo province, including Aleppo city and its surroundings.

On Wednesday, Russian Foreign Minister Sergei Lavrov told Sputnik that US officials attempted to draw the lines in the new ceasefire accord in a way that would include al-Nusra Front, leading Moscow to believe that someone was using Washington to protect the terrorist group.

Lavrov also told Sputnik that the Turkish government had links to both the al-Nusra Front and the Islamic State, also known as Daesh.