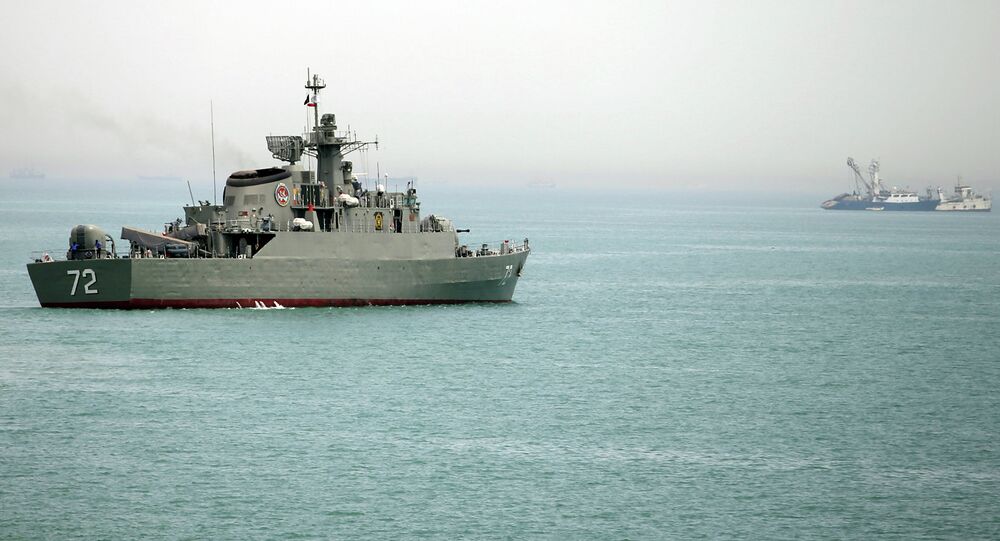 US Vows to Continue Operations in Hormuz Straight Despite Iran's Threat

US operations in and near the Strait of Hormuz will continue despite Iran’s recent threat to close the strategic strait in response to US-led maritime drills in the region, Department of Defense spokesperson Peter Cook said during a press briefing on Thursday.

NEW YORK (Sputnik) — On Wednesday, deputy commander of Iran’s Islamic Revolution Guards Corps warned that Tehran may close the Strait of Hormuz if the United States continues "threatening" passages through the strategic waterway.

"We will continue to fly, sail and operate wherever international law allows, and any effort to cut down, to somehow shut down a waterway of critical importance to the global economy is something that we would treat with a great degree of concern," Cook stated.

The spokesperson noted that the United States has its forces present there to ensure "the free flow of commerce" as well as that "American interests are maintained."

© AFP 2021 / EBRAHIM NOROOZI / JAMEJAM ONLINE
Revolutionary Guards Warn: Iran May Close Strait of Hormuz If US Continues 'Threatening' Tehran
On April 4-26, the largest maritime drills led by the US Naval Forces Central Command — the International Mine Countermeasures Exercise — took place at the world’s major maritime choke points, including the Suez Canal, the Strait of Bab Al-Mandeb and the Strait of Hormuz. More than 30 nations from six continents have been involved in the drills.

The Iranian supreme leader Ayatollah Ali Khamenei condemned the exercise on Monday, demanding an explanation from the United States as to its decision to choose the region for the drills.

The Strait of Hormuz accounts for almost one-third of the world's oil trade sea passages.

Iran May Close Strait of Hormuz If US Continues 'Threatening' Tehran

US Navy Stops Accompanying Merchant Ships Through Strait Of Hormuz