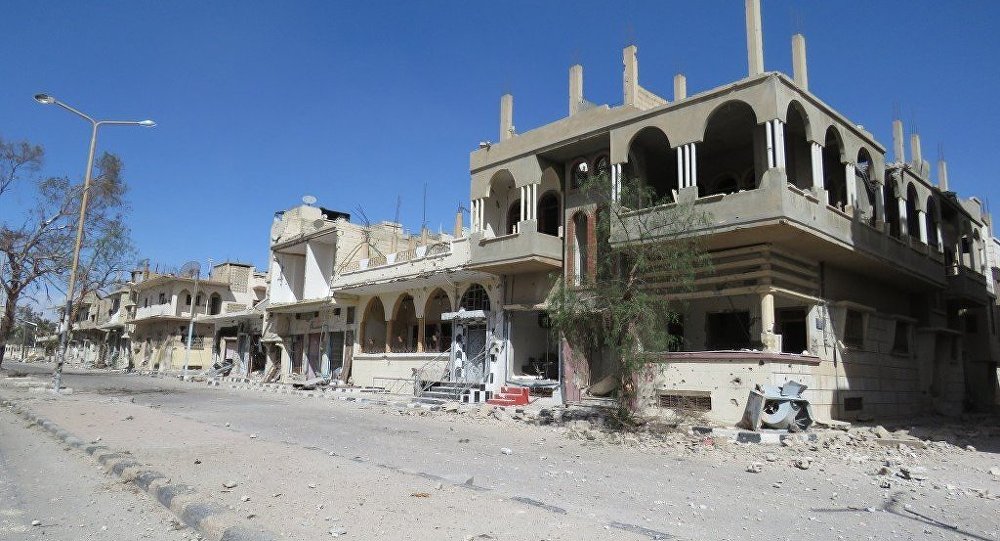 PALMYRA (Sputnik) — Earlier in the day, an international delegation of the UNESCO permanent representatives carried out an inspection of Palmyra.

"We will be working together in the future to recreate not only Palmyra but all the sites that have been destroyed by this destructive energy of the 21th century," Tanaskovic told journalists during UNESCO's delegation visit to Palmyra.

© Sputnik / Mikhail Voskresensky
Rising From the Dead: Palmyra a Month After Liberation (PHOTOS)
Palmyra and its historic ruins had been under Daesh control since May 2015.

On March 27, forces loyal to Damascus, supported by the Russian Aerospace Forces, liberated the city of Palmyra from Daesh militants. The terrorist group, outlawed in many countries including Russia, has destroyed a significant part of Palmyra's historic ruins, which are UNESCO's World Heritage site.

According to preliminary estimates, the terrorists destroyed some 20 percent of ancient Palmyra, while many exhibits were looted from museums. Experts believe it could take around five years to recreate the city.