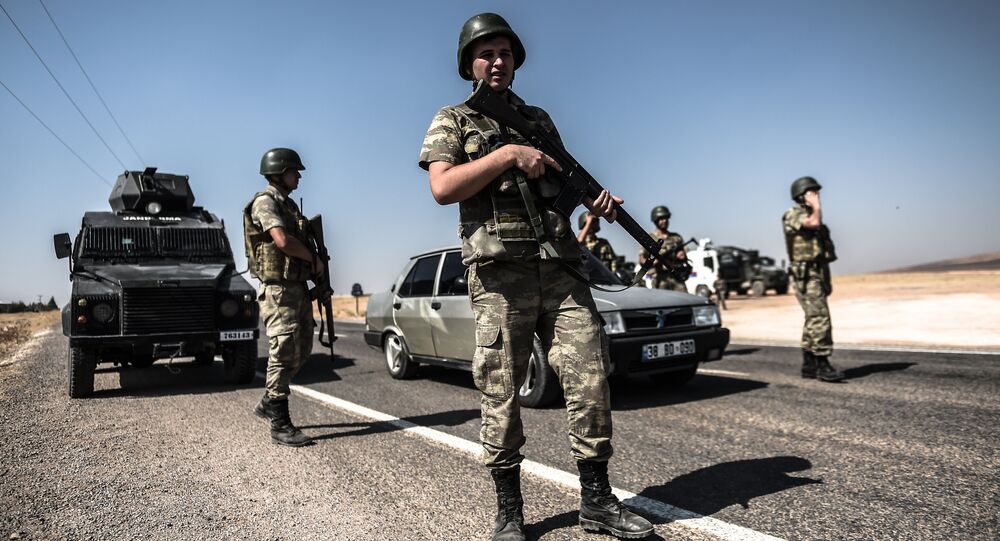 Turkish Prime Minister Ahmet Davutoglu said on Wednesday that Ankara was in a position to send ground troops to Syria if necessary.

© Sputnik / Valeriy Melnikov
Lavrov Warns Against Any Calls for Ground Operation in Syria
MOSCOW (Sputnik) — He pointed out that such a move by Turkey would be legal as the UN had made a number of decisions on the fight against Daesh in terms of self-defense and countering terrorism.

"If necessary, we will send troops to Syria. We will take all steps to protect our own country internally and externally, " Davutoglu told the broadcaster Al Jazeera Turk.

Syria has been in the state of civil war since 2011, and despite the February 27 ceasefire, terrorist groups, such as Daesh and al-Nusra Front, an al-Qaeda affiliate in Syria, continue to operate there as the truce does not apply to them.

In recent months, Turkey's southern districts have been subjected to shelling from the territories in Syria occupied by Daesh, which is outlawed in Russia and many other countries. Turkish troops deployed in the vicinity of the country's border with Syria retaliated by shelling Daesh targets.

Earlier this week, Russia expressed concern over any potential ground operation in Syria, advising against such actions.

Obama Says Sending Ground Troops to Syria Out of the Question