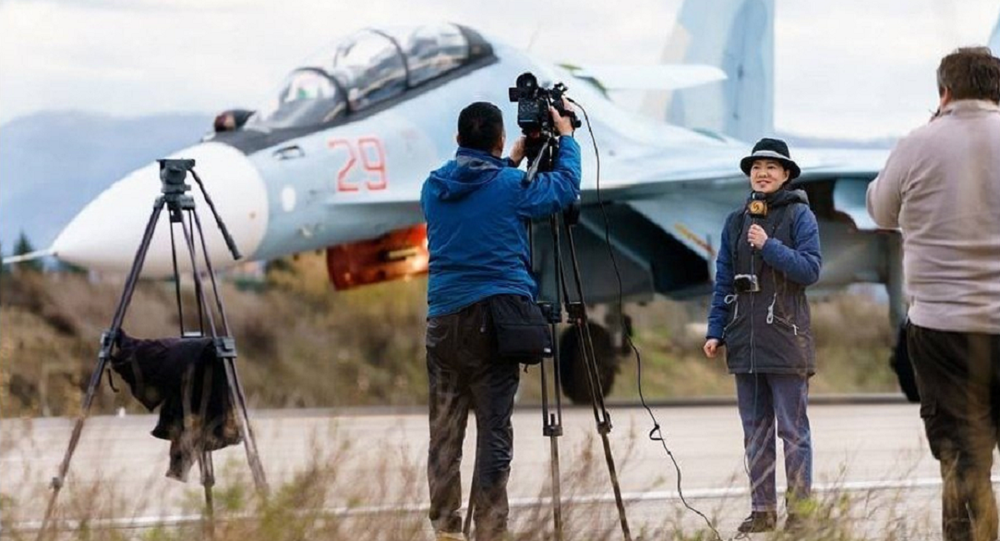 Some 100 journalists from 26 countries have arrived in Syria to take part in a press tour conducted by the Russian Defense Ministry, the ministry said Wednesday.

HMEYMIM (Syria), (Sputnik) — The Hmeymim air base began operations in September, when Russia started its counter-terrorist aerial campaign in Syria.

"This is the seventh press tour to Syria, which has been organized for foreign reporters," Russian Defense Ministry spokesman Maj. Gen. Igor Konashenkov told the reporters upon their arrival to the Russian Hmeymim military base in Syria's Latakia province.

The Defense Ministry has so far facilitated visits by around 400 foreign and 400 Russian journalists, Konashenkov said, noting that the reporters are set to observe the work of the Russian center for Syrian reconciliation at Hmeimim.

© REUTERS / Omar Sanadiki
Russia, US Find Efficient Ceasefire Mechanism for Syria
"[The center] is carrying out substantial and important work," he noted, adding that reporters will also see the quarters of Russian military service personnel at the base.

The ceasefire in Syria, worked out by Russia and the United States, took effect on February 27. Later, the reconciliation center at Hmeymim has been launched to promote opposition-held Syrian communities to join the ceasefire among other tasks.

Syria has been mired in civil war since 2011, with government forces fighting numerous opposition groups, including the Western-backed allegedly moderate factions, as well as Islamic terrorist groups.

Agreement to Resume Cessation of Hostilities in Syria Possible in ‘Hours’