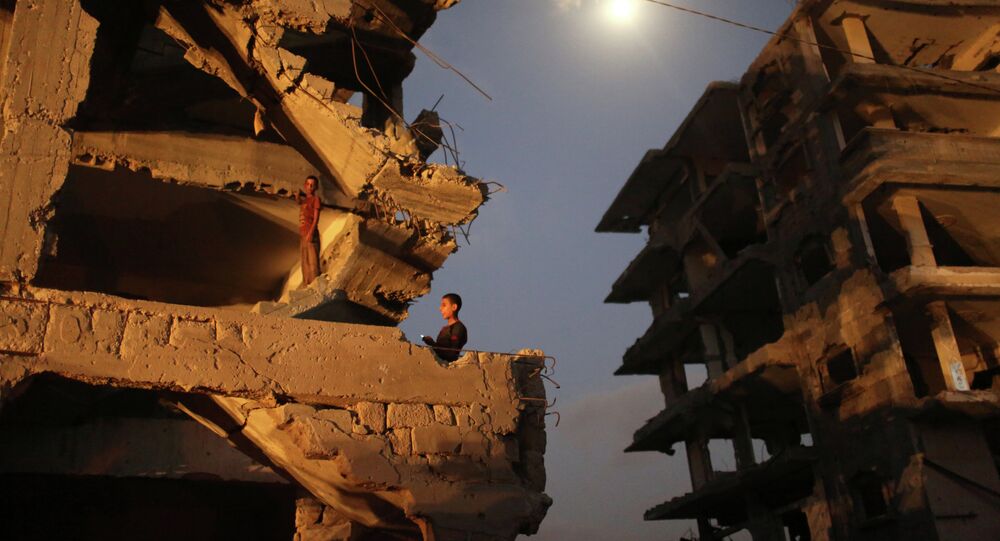 According to Israeli officials, a second truck crossing point to Gaza strip will open in recognition of the truce holding with Hamas.

As Israel seeks to gradually ease a blockade imposed on Gaza strip in 2007, a second crossing point for trucks is about to be opened in Erez, at the northeastern edge of the strip. The decision is the result of the successful truce since 2014, officials say.

Israel "has an interest in Gazans living in dignity," the official statement says, "both on a humanitarian level, and because it helps preserve the quiet, in parallel to the security deterrence that exists. It is good for both Gazans and for us."

According to Israel, the blockade is intended to prevent the importation of construction materials into the strip, materials that could be used by Hamas belligerents to construct bunkers or other military objects. Palestinians, however, argue that without concrete and other materials, they are unable to reconstruct civilian homes destroyed by Israeli bombings.

The sole crossing point at Kerem Shalom, located at the southern border of Gaza Strip, is overloaded with trucks bringing goods to the enclave, and putting a heavy load on Israeli roads.

Gaza authorities say that the enclave is in dire need for construction materials, and that opening of the second crossing point should be accompanied by allowing the banned goods to be imported.

"What counts is whether Israel will allow the banned goods to enter Gaza, not an increase the number of trucks carrying the already permitted list of goods," said Mahed Al-Tabbaa, a Palestinian economist.