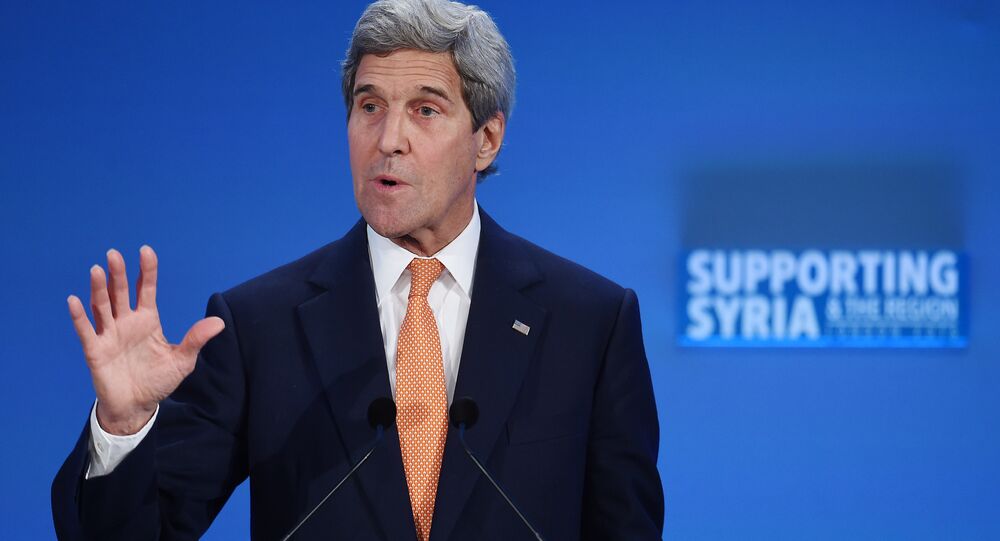 US State Secretary John Kerry said that Moscow and Washington have understanding on how to move forward in addressing the truce situation in Syria, but there is still work to be done.

"Russian and the United States have agreed that there will be additional personal, who will work from here in Geneva on a daily basis, 24 hours a day, seven days a week in order to try to make sure that there is… a better ability to be able to enforce the cessation of hostilities [in Syria]," Kerry said following the talks with UN Special Envoy for Syria Staffan de Mistura.

Moscow and Washington have understanding on how to move forward in addressing the truce situation in Syria, but there is still work to be done, Kerry added.

© REUTERS / Brendan Smialowski
UN Syria Envoy to Meet With Saudi And US Foreign Ministers
Earlier in the day, Lt. Gen. Sergei Kuralenko, the head of the Russian Syria reconciliation center, said the Russian and US sides had agreed with the Syrian government and moderate opposition to prolong the "regime of silence" in the Eastern Ghouta area, a suburb to the east of the Syrian capital of Damascus, for two more days until midnight May 4 local time (21:00 GMT May 3). Later, the Syrian military confirmed the silence regime extension to Sputnik.
...
Reddit
Google+
Blogger
Pinterest
StumbleUpon
Telegram
WhatsApp
23

UN Syria Envoy to Meet With Saudi And US Foreign Ministers