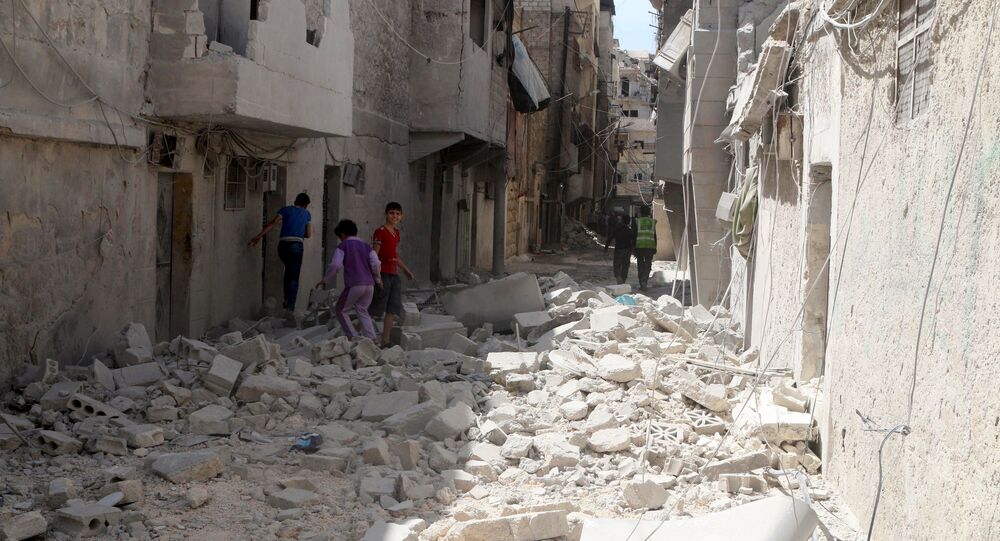 The Russian reconciliation center in Syria said in an information bulletin it sent 3.5 metric tons (3.9 US tons) of humanitarian aid to the provinces of Aleppo and Damascus.

MOSCOW (Sputnik) – According to the statement, a humanitarian aid convoy is currently being formed for Hama and Homs provinces.

"As many as 3.5 tonnes of humanitarian supplies were passed on to the settlements of Balas in the Aleppo province and Muadhamiya in the Damascus province. Medical staff of the reconciliation center provided medical assistance to 42 locals," the Sunday statement, posted on the website of the Russian Defense Ministry, said.

Syria has been in a state of civil war since 2011, with forces loyal to Syrian President Bashar Assad fighting several opposition factions and militant groups, such as the Daesh and al-Nusra Front.