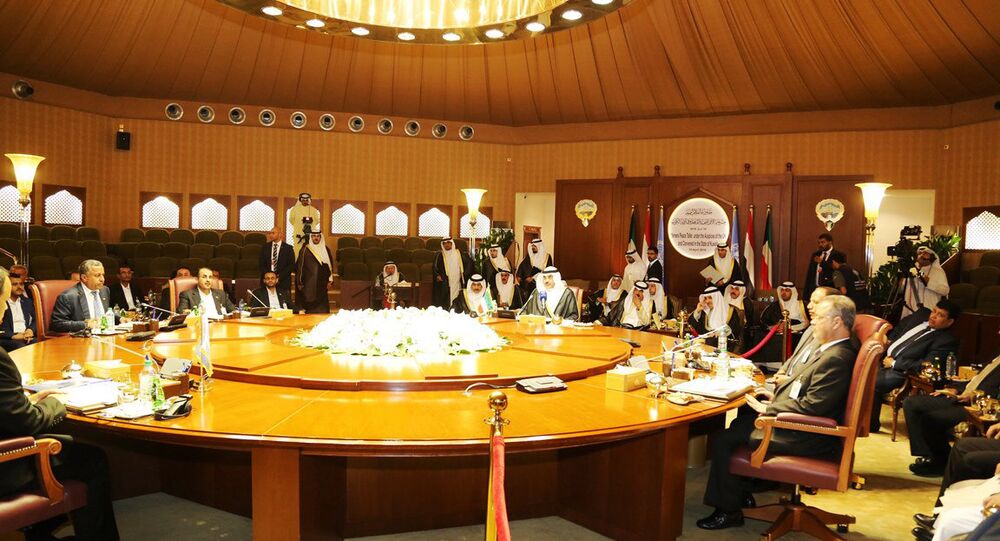 The direct talks between official Yemeni government and Houthi rebels were postponed due to the governmental delegation’s decision to suspend its participation in the direct dialogue, according to a source close to the ongoing negotiations.

On Saturday, UN Special Envoy for Yemen Ismail Ould Cheikh Ahmed held a trilateral meeting with parties to the Yemeni conflict in the framework of the new round of UN-backed peace talks, which began on April 21 in Kuwait.

"The special envoy is now holding separate meetings with Houthi delegations and supporters of the General People's Congress party [loyal to former Yemeni President Ali Abdullah Saleh]. The direct talks were scheduled for the evening, but they was postponed indefinitely due to the governmental delegation’s decision to suspend its participation in the direct dialogue," the source said.

© AFP 2020 / FAYEZ NURELDINE
Ex-Yemen President: No Difference Between 'Saudi Regime,' Terrorists
He added that Sanaa had exited the direct negotiations in protest against the attack of Yemen’s main opposition force on the governmental military facility in the Yemeni province of Amran earlier in the day.

Yemen has been engulfed in a military conflict between the government headed by President Abd Rabbuh Mansur Hadi and Houthi rebels, which have been supported by army units loyal to the former Yemeni president.