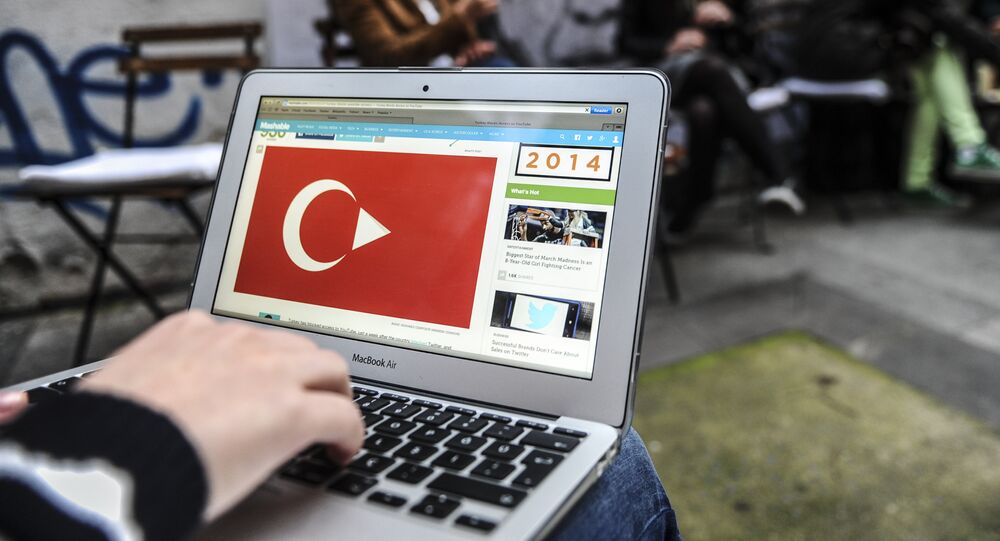 Another Turkish journalist was detained in Istanbul by the country’s counter-terrorism police over social media posts, local media reported.

MOSCOW (Sputnik) — According to the Hurriyet newspaper’s Saturday report, the incident happened Saturday. Hamza Aktan, 33, working for IMC TV broadcaster, was detained following a raid into his home and was interrogated.

Aktan’s lawyers and the broadcaster claimed that he was questioned regarding his tweets posted in 2015, the newspaper reported. The police also interrogated the journalist over him sharing media reports on civilians killed in Turkey’s conflict with the Kurdistan Workers’ Party (PKK) militant group.

Turkey's crackdown on journalists and restrictions on freedom of speech have previously been criticized by the international community, including the United Nations, the United States, the European Union, Russia and the organization Reporters Without Borders (RSF).

In recent days, several journalists were detained or banned from the country.