Houthi rebels and their allies are in favor of establishment a unity government in crisis-torn Yemen in order to force weapon delivery control, a source told Sputnik.

KUWAIT CITY (Sputnik) — Houthi rebels and their allies are speaking in favor of creating a unity government in crisis-torn Yemen, which will monitor the delivery of weapons to authorities during the transitional period, a source close to the ongoing peace talks in Kuwait told Sputnik on Saturday. 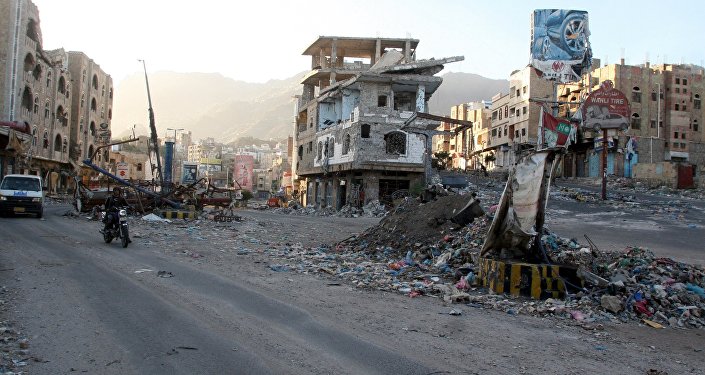 © REUTERS / Anees Mahyoub
Houthi-Saudi Peace Deal 'Will Hardly Stop Fighting on the Ground'
Earlier in the day, UN Special Envoy for Yemen Ismail Ould Cheikh Ahmed met with parties to the Yemeni conflict in the framework of the new round of UN-backed talks on Yemen’s reconciliation, which began on April 21 in Kuwait.

"The power of national unity will have to set up military committees that will monitor the withdrawal of armed groups from the cities and the surrender of heavy weapons," the source explained the proposal of Houthi rebels, Yemen’s main opposition force.

He added that the opposition urged to solve a humanitarian issue, lift a blockade in Yemen and organize the exchange of prisoners.

Yemen has been engulfed in a military conflict between the government headed by President Abd Rabbuh Mansur Hadi and Houthi rebels, which have been supported by army units loyal to former Yemeni President Ali Abdullah Saleh.