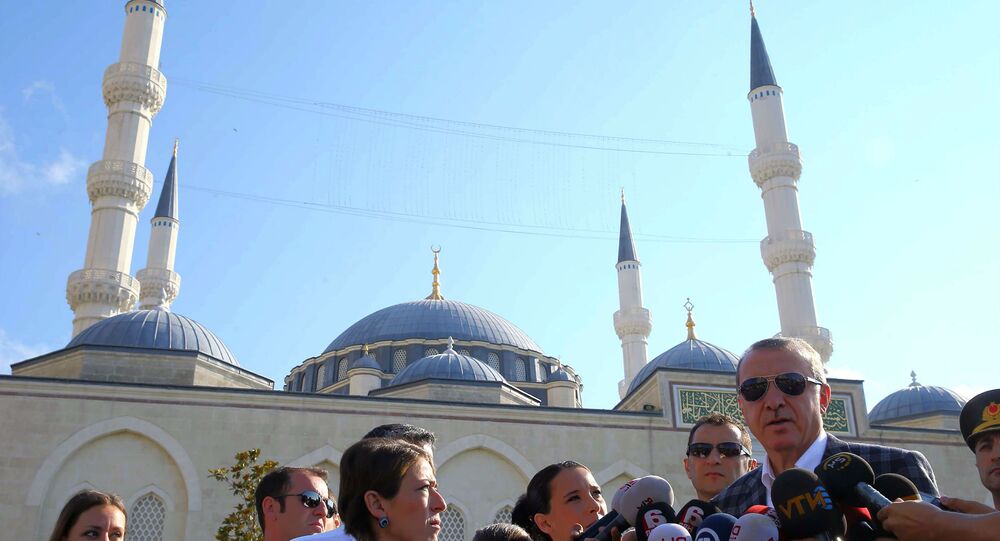 Following the Turkish government’s decision to sentence two journalists for publishing images of the Prophet Muhammad, Kemal Okuyan speaks with Radio Sputnik’s Loud & Clear to consider the question of whether Turkey is still a secular state.

"They are being accused of insulting the holy beliefs of Turkish people," Okuyan, a journalist with SoL newspaper, tells Loud & Clear, referring to two reporters with Cumhuriyet, who illustrated articles with satirical images of the Prophet Mohammed from controversial French humor magazine Charlie Hebdo.

"The images were not insulting anything, but it was against terror…there was nothing related to it insulting religion or what they call in Turkish courts 'insulting the holy beliefs of people.'"

Charging journalists with crimes of insulting religions is shift away from the secular government in place prior to the administration of current President  Erdogan.

"This week, the main speaker of parliament, from AKP, the government party, declared that in the new constitution, we don’t need the principle of secularism and there should be, somehow, Islam inside the constitution.

Historically, Turkey’s secularism was crucial, following the breakup of the Ottoman Empire.

"…One of the countries that has some secular identity was Syria," Okuyan says, though its future is far from certain. "Turkey was also one of the secular countries, starting from the republic period since 1923."

But since the end of World War II, Islam has been used to attack progressive forces within the country.

© AP Photo / Emrah Gurel
Turkish Journalist After Arrest: 'Did They Want Me to Beg for Forgiveness?'

"Now, with AKP, 15 years, we have no secularism, because of the education system…[in which] education for Islam is required by law," he says. "There are no public schools now. They all turned [into] religious schools.

"The last castle for secularism is the constitution, and now there is a discussion on this."

"During this Syrian crisis, from the beginning, our newspaper [SoL] did a lot of good things. It was an alternative news source. So this is why there are real systematic and continuous attacks," Okuyan says. "It is not only cases against the writers or contributors like me, but also the news quarterly is under attack without any explanation. And without any law."