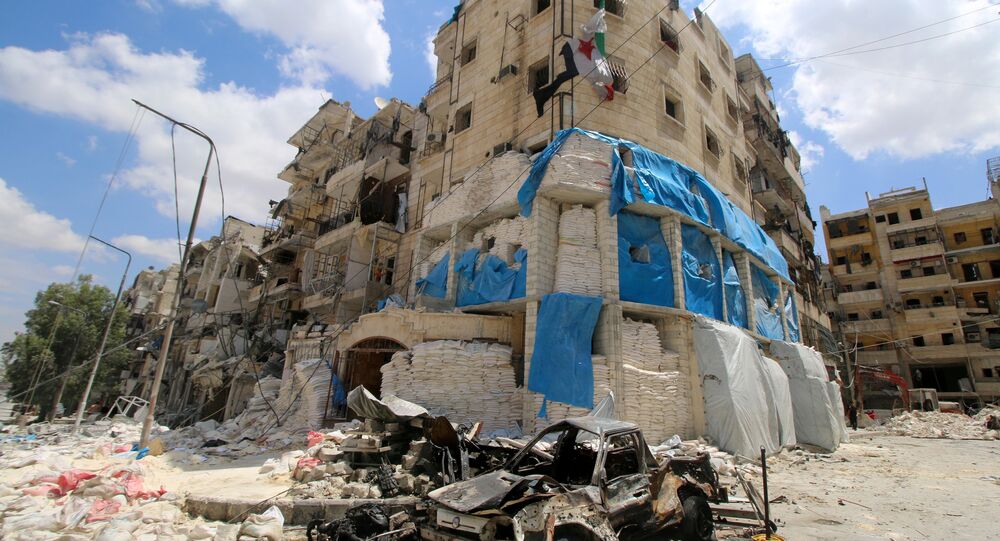 Destruction of MSF Hospital in Syria: 'Doctors in Aleppo Are Heroes of War'

On Thursday, the international humanitarian group Doctors Without Borders (MSF) said that 50 people were killed in an airstrike which struck the al-Quds hospital in the Syrian city of Aleppo.

Local sources blamed the Syrian government and Russia, which supports President Bashar Assad, for the attack. Moscow and Damascus rejected the accusations.

The Russian Defense Ministry said that the country’s planes did not carry out airstrikes in Syria in the past days, while Damascus put the blame on terrorist groups.

“We spoke with the staff of the hospital a few hours ago and they told us that so far they have counted 50 people killed and there were still some bodies under the rubble so probably the figures will go up in the next hours.”

Regarding the damage to local health infrastructure in Aleppo, Blanco said that this facility was primarily a pediatrician’s hospital and one of the last renowned doctors of Aleppo was killed in this strike.

© REUTERS / Abdalrhman Ismail
MSF: At Least 14 Killed in Airstrike on Aleppo Hospital
At this moment, the most important thing to do is to clarify who is responsible for this attack and for that reason the MSF Middle East Program has extended its support to the hospital.

“We really need to find out who is behind this attack and behind similar attacks on hospitals that have occurred in the past few months in Syria.”

Meanwhile, MSF is supporting ten hospitals and thirteen other medical facilities in Aleppo now. “Our goal is to support these facilities so they can cope with the extra number of wounded because this hospital has been destroyed and also because there is a high number of wounded people because of the bombing in other states.”

Blanco further spoke about how the doctors working in Aleppo at the moment are the real heroes because they risk their lives and they know that they can be killed at any moment.

“According to our data 95% of doctors that were living in eastern Aleppo before the war either they have fled or they have been killed. There are just a handful of people still available in the city.”

France Condemns Damascus' Plans to Carry Out Operation in Aleppo