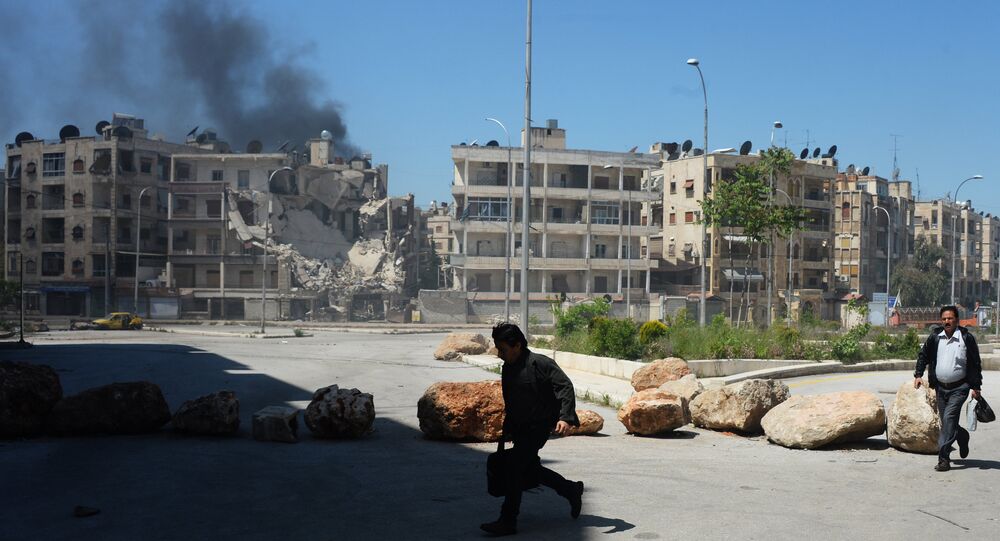 Several camps for displaced Syrians south of the city of Aleppo are threatened by recent Daesh advances in the area, UN Emergency Relief Coordinator Stephen O'Brien told the Security Council on Thursday.

WASHINGTON (Sputnik) — O’Brien’s remarks follow reports of an airstrike on a hospital in Aleppo, where 20 people were killed, including three children and a pediatrician, according to the United Nations.

"In this area, near the border with Turkey, some 40,000 people are displaced, again, with many struggling to find adequate shelter," O'Brien said. "I am very concerned about recent reports of ISIL [Islamic State] advances east of Azaz, which threaten several IDP [internally displaced people] camps."

The Syrian town of Azaz is about 30 miles south of the northern city of Aleppo.

"I am not sure just how many more days or weeks or months the long-suffering people of Syria can endure this protracted humanitarian catastrophe," O’Brien noted.

The UN official said fighting in the area was between the Daesh and other rebel groups, which have sought the ouster of Syrian President Bashar Assad since 2011.

MSF: At Least 14 Killed in Airstrike on Aleppo Hospital