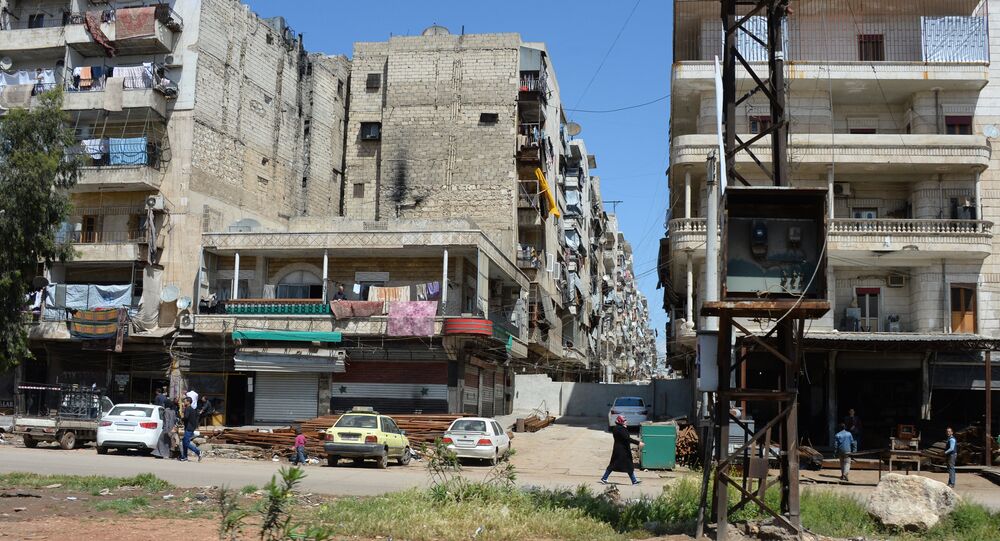 A United Nations humanitarian "lifeline" to hundreds of thousands of Syrians is threatened amid a "catastrophic" deterioration in the provinces of Aleppo and Homs, adviser to the special UN envoy for Syria, Jan Egeland, said Thursday.

GENEVA (Sputnik) – The envoy added that 52 percent of Syrians in besieged areas had been reached in the first four months of the year, as compared with 3 percent in the same span of last year.

"The stakes are so incredibly high because so many civilian lives are at stake, so many humanitarian health workers and relief workers are being bombed, killed, maimed at the moment that the whole lifeline to millions of people is now also at stake," Egeland told reporters.

© Flickr / coolloud
Al-Nusra Front Terrorists Kill 14 People in Aleppo in 24 Hours - Source
The United Nations plans to reach all of the besieged areas in Syria with humanitarian assistance next month, Egeland said.

The United Nations humanitarian taskforce reported on the deterioration of the situation in the Syrian city of Aleppo to the International Syria Support Group (ISSG) earlier Thursday, he said.

"The catastrophic deterioration in Aleppo over the last 24-48 hours… was reported live to the members of the ISSG today," Jan Egeland told reporters.