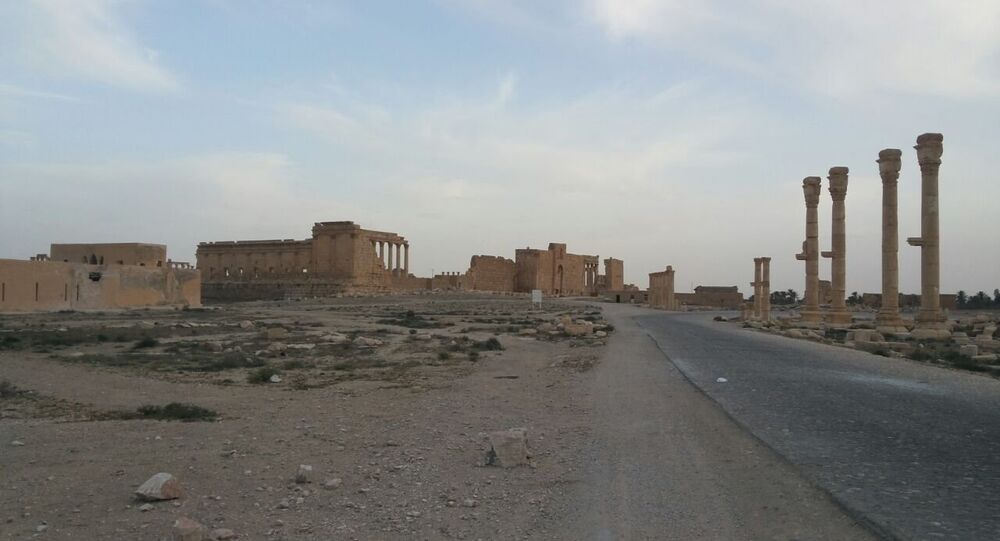 Kurdish militants have passed the body of a Russian serviceman who died near Palmyra to Russian government representatives, an official representative of Kurdish Peoples’ Protection Units (YPG) told RIA Novosti.

CAIRO (Sputnik) – Alexander Prokhorenko was killed during the military operation to liberate the ancient city of Palmyra from Daesh terrorists as he was providing intelligence and coordinating Russian planes to attack targets in the city. During the operation, Prokhorenko's position was discovered and he was surrounded by terrorists. To avoid being captured, possibly tortured and interrogated, the 25-year-old man called an airstrike on his own position.

The Syrian army, supported by Russian aircraft, completely liberated the ancient city of Palmyra from Daesh terrorists in late March. The terrorist group, which is outlawed in many countries, including Russia, has destroyed part of Palmyra's historic ruins, which are a designated UNESCO World Heritage site, while controlling the city for nearly a year. UNESCO unanimously approved a Russian resolution on the restoration of Palmyra.

"At the request of the Russian Federation, the defense units of the Kurdish people have managed to get the body of the Russian serviceman killed near Tadmur [from Islamic State terrorists]," the YPG representative said, adding that the body of 1st Lt. Alexander Prokhorenko has been passed on to the Russian government.

Russian Jets Destroy Over 29,000 Terrorist Targets in Syria Over 7 Months