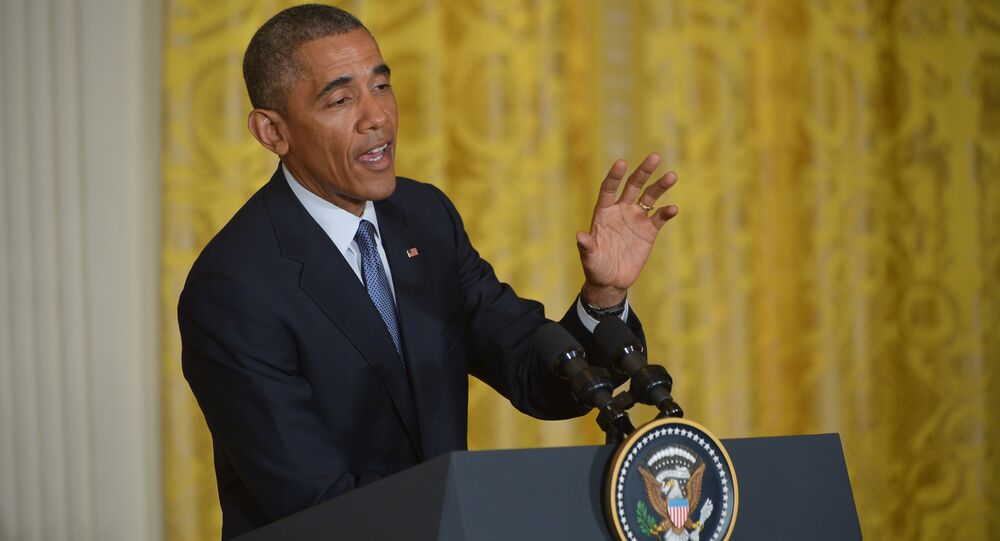 US President Barack Obama said that it is very difficult and impractical to establish so-called safe zones in Syria.

© REUTERS / Umit Bektas
Obama Says Creating No-Fly Zones in Syria is Counterproductive
MOSCOW (Sputnik) – US President Barack Obama said Sunday he was not supportive of establishing the so-called safe zones in Syria as it would need a bulk of military contribution.

"As a practical matter, sadly, it is very difficult to see how it would operate short of us essentially being willing to militarily take over a chunk of that country," Obama stated at a joint press conference with German Chancellor Angela Merkel, broadcast by the TRT World news channel.

The comment comes a day after Merkel urged to create security zones in Syria where displaced people could be guaranteed safety.

© AFP 2021 / Mandel Ngan
Obama Notes 'Significant' Reduction in Violence in Syria Over Past 7 Weeks
White House spokesperson Josh Earnest said on Friday that securing a safe zone in Syria would be complicated to implement and would not be in line with Washington’s national security interests.

In February, US Secretary of State John Kerry said that the administration was considering establishing a safe zone in Syria in the border area with Turkey, but also noted that such a feat would require additional troops and was ‘complicated.’

Obama Says Sending Ground Troops to Syria Out of the Question

Obama: Ceasefire in Syria ‘Very Fragile and May Be Breaking Down’