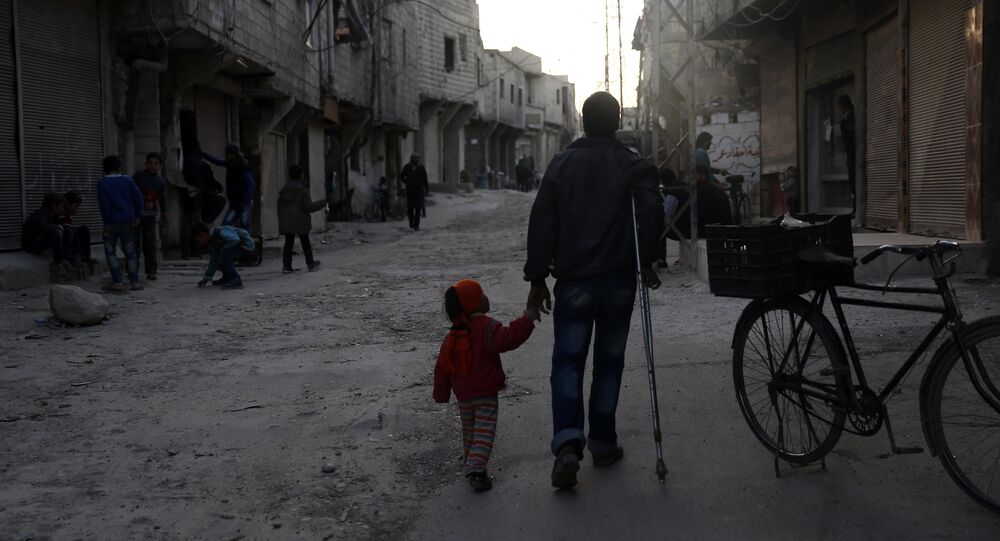 Obama: Ceasefire in Syria ‘Very Fragile and May Be Breaking Down’

According to the US president, the ceasefire in Syria might be falling apart which makes it all the more necessary for all sides of the conflict to remain faithful to the agreement.

WASHINGTON (Sputnik) — The Syrian ceasefire, reached with the help of the United States and Russia, remains tenuous, US President Barack Obama said in a press conference on Thursday.

"The cessation of hostilities is very fragile and may be breaking down in part of the Assad’s regime continuous attacks," Obama stated.

© Sputnik / Mikhail Voskresenskiy
Syrian Nobel Prize Candidate: 'West Does Not Care About Arab Heritage'
The United States further encourages the Syrian opposition to follow through with the cessation of hostilities agreement, US President Barack Obama stated in a press conference on Thursday.

"We are continually urging moderate opposition inside of Syria to abide by the cessation of hostilities," Obama stated.

Federalization of Syria Could Unite Country Rather Than Divide It - PYD