The Turkish President continues to exacerbate and profiteer on the Syrian crisis and now holds Europe hostage to a refugee crisis.

The proclamation comes after the European Parliament published a 2015 progress report on Turkey, accusing Erdogan’s government of “backsliding” on its commitment to democracy and the rule of law, and raising concerns over Ankara’s track record on human rights and freedom of the press.

Erdogan’s government has increasingly come under fire for human rights violations against the country’s Kurdish minority, funneling arms and funding Daesh through an illicit oil trade, undermining the Syrian coalition against Islamist radicals, seeking to reconstitute the Ottoman empire, cracking down on freedom of the press, attacking US protesters during a visit to Washington, fomenting a civil war between Azerbaijan and Armenia over the contested Nagorno-Karabakh territory, and trying to blackmail the European Union regarding the Syrian refugee crisis, among other concerns.

The Turkish President dismissed these critiques stating, "At a time when our relations with the European Union are in a positive place regarding the migrants, it is provocative to come out with a report like that." Erdogan warned that he believed the complaints by the European Parliament had "bad intentions." 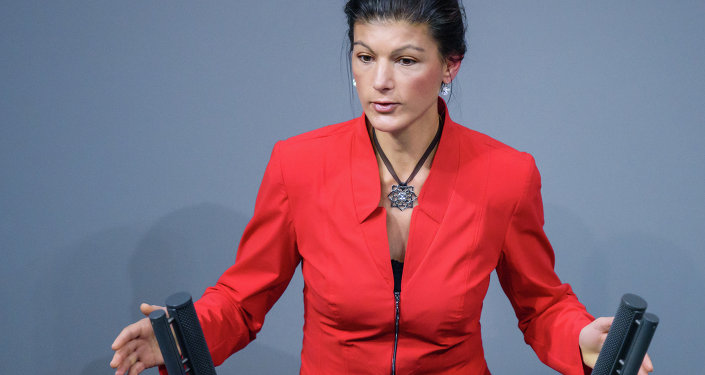 A recent UNHCR report shows troubling new details in how Turkey treats refugees. International funding to feed and care for refugees has been systematically diverted, borders have been closed, refugees are being deported en masse to Syria, to their likely deaths, and Turkish soldiers have fired at and killed hundreds of refugees fleeing across the border from Syria.

Erdogan’s administration has consistently used the Syrian refugee crisis to leverage increased concessions from European officials, many of whom face domestic political challenges over the influx of Syrian refugees. In an agreement with the European Union, Turkey agreed to take in less-skilled refugees from the European Union, but called for over $3 billion and streamlined acceptance into the EU in contravention to prior negotiations between the two parties.

The European Union has assailed Erdogan’s government, claiming that the heightened demands for attending to the Syrian refugee crisis constitute blackmail, before ultimately succumbing to a deal that has raised alarms among international human rights groups. The economic bloc has come under fire for selling out on its core principles of honoring human rights.

On Monday, prior to the latest round of Erdogan’s increasingly hyperbolic statements, Turkish Prime Minister Ahmet Davutoglu warned that Ankara would only abide by its agreement to take in additional refugees from the EU if Turkish citizens were granted visa-free travel within the European Union by June.