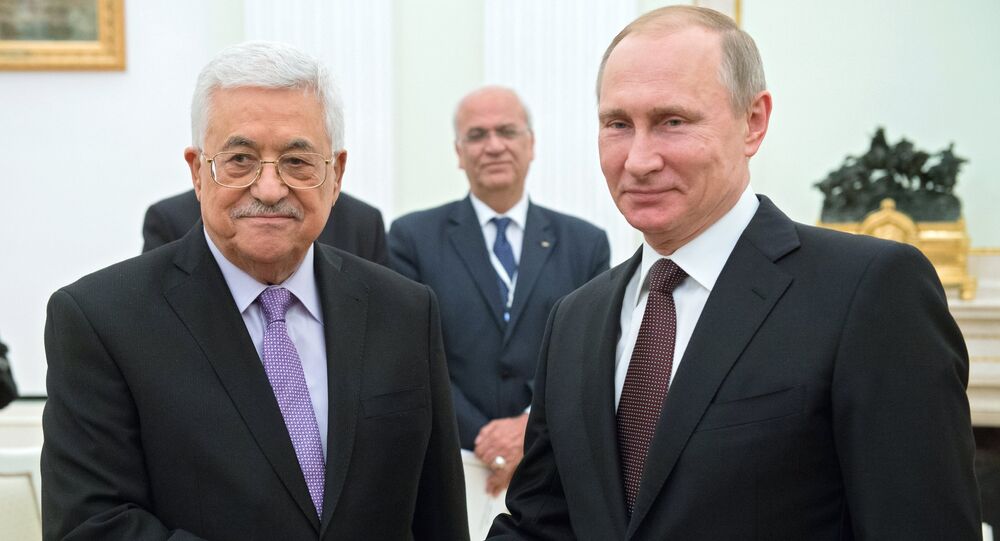 Moscow will support peace processes in the Middle East, President Vladimir Putin said at a meeting with Mahmoud Abbas.

Palestinian leader Mahmoud Abbas arrived in Moscow on Sunday with a two-day visit.

"I am pleased that we meet regularly and have the possibility to consult, make adjustments to our bilateral relations and react to regional events. I know that you are taking active steps to push forward the settlement process. Of course, we will support your efforts, aimed at activating everything that is necessary for a constructive dialogue," Putin said at a meeting with Palestinian leader Mahmoud Abbas.

The Russian president noted that he was planning to discuss bilateral relations and economic cooperation during the meeting.

© AP Photo / Mahmoud Illean
Abbas: Russia Should Play First Fiddle in Israeli-Palestinian Settlement
Palestinians seek the recognition of their independent state, proclaimed in 1988, on the territories of the West Bank, including East Jerusalem, and the Gaza Strip. The Israeli government refuses to recognize Palestine as an independent political and diplomatic entity, and builds settlements on the occupied areas.

The State of Palestine is recognized by 136 of the 193 UN member states, including Russia.