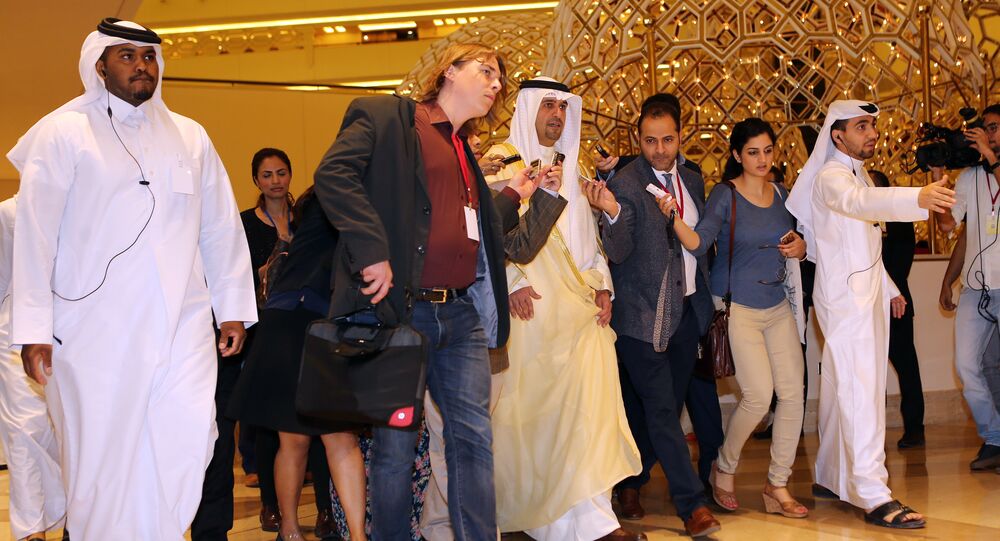 Oil tumbled to two-month lows on Sunday after the world’s biggest producers failed to agree on freezing oil production. This lack of unanimity threatens to trigger a harsh drop in prices and may lead to the demise of OPEC in its present form.

However, the attempt, which stretched a good ten hours beyond its initially scheduled conclusion, failed after Saudi Arabia and several other Gulf nations refused to sign a deal unless all OPEC members joined including Iran, which wasn’t present at the meeting.

“A number of OPEC countries, namely Saudi Arabia, the United Arab Emirates, Kuwait and Qatar, who agreed to a draft accord on Saturday, changed their position right before the summit the following day, leading to ‘hot’ discussions,” Russian Energy Minister Alexander Novak told RIA Novosti.

Delegates said Saudi Arabia had in effect torn up an earlier draft of the deal after Deputy Crown Prince Mohammed bin Salman said the kingdom wouldn’t restrain its production without commitments from other all other major producers including Iran, which has ruled out freezing for now.

Earlier in April, the Saudi Prince also predicted the looming twilight of the oil age and shared the country’s plans to transform the oil state into a country which will not depend on the black gold.

Tehran had refused to join the freeze, stressing that the sanctions had been lifted recently and Iran wanted to rebuild its oil exports to pre-sanctions levels.

The next oil meeting would be held in June after the cartel members agreed concerted position on the proposed freeze, according to Nigerian Oil Minister Emmanuel Ibe Kachikwu.

Failed talks in Doha led to a noticeable drop in oil prices with crude losing more than 5 percent on Monday morning in Asia.

Oil prices may go down to $30 a barrel. If the oil producing nations agreed to freeze their output – something they pledged to do back in February – the prices would go up to $45 per barrel and could even spike to $50 if Iran joins in.