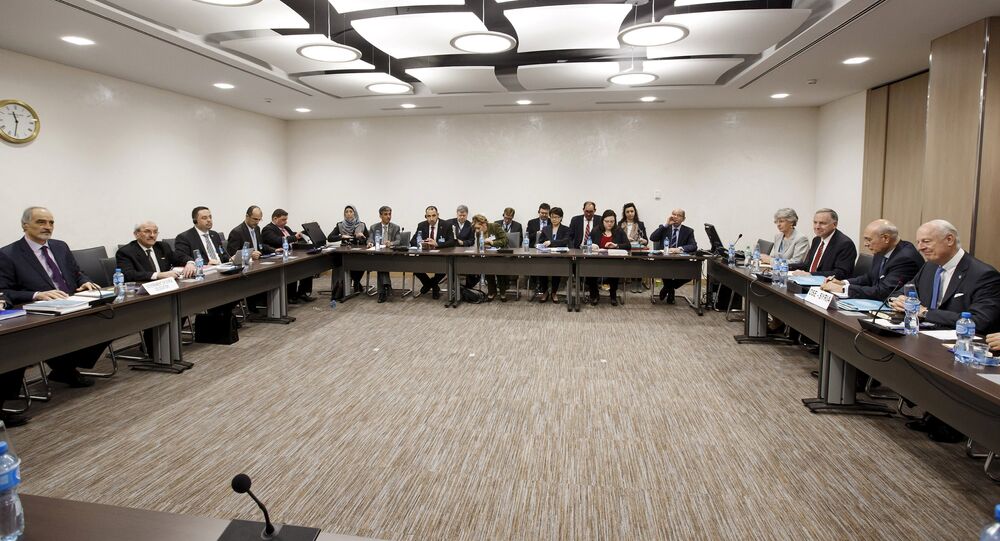 A unified opposition delegation may be formed by the next round of the Geneva talks conserning Syrian peace settlement, a source close to the negotiations told Sputnik.

GENEVA (Sputnik) – A unified opposition delegation may be formed by the next round of the Geneva talks on the Syrian peace settlement, to include five representatives of the High Negotiations Committee’s (HNC), three members of the Moscow-Cairo-Astana group, and one person from the Hmemim opposition group, a source close to the negotiations told Sputnik.

© AP Photo / Philippe Desmazes
Syrian Government Delegation Arrives in Geneva to Join Intra-Syria Talks
Talks on Syria’s reconciliation with the participation of a Damascus delegation as well as the three opposition groups are currently underway in the Swiss city of Geneva.

The source added that such arrangements “could ripen before the next round.”