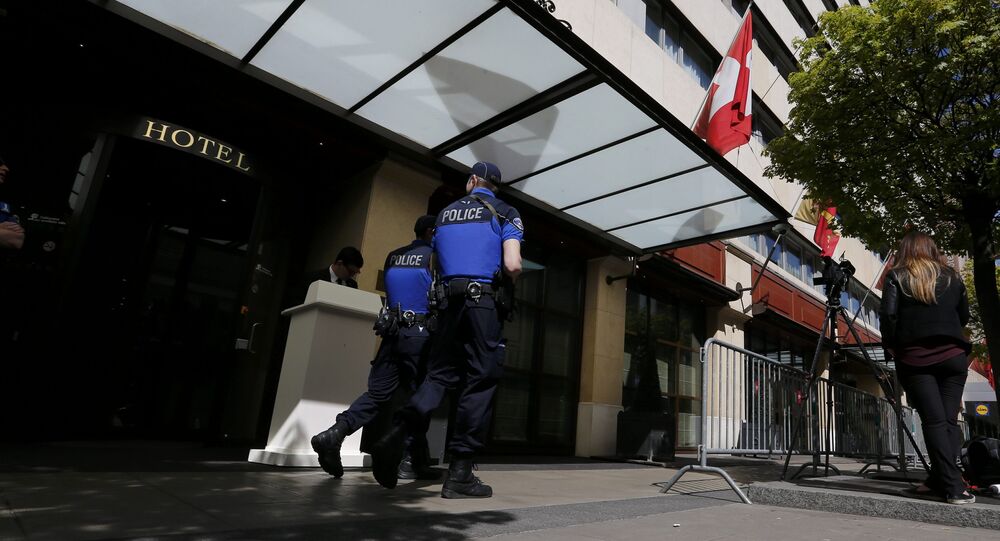 Asaad Zoubi, the head of the Syrian High Negotiations Committee, said that HNC is against keeping President Bashar Assad in power.

GENEVA (Sputnik) — The Syrian High Negotiations Committee (HNC) has not yet reviewed proposals from the Syrian government on the war-torn country’s reconciliation, but would not agree to keep President Bashar Assad in power or form a national unity government, the HNC delegation's head told Sputnik on Saturday.

"We have not yet studied them [proposals of Damascus], but before we take a look, I can tell you that we have become accustomed to the regime offering three main points and they are all not realistic – keeping Bashar Assad and figures in power from his circle, but this will not happen. The discussion about a transitional government will also not take place," Asaad Zoubi said.

© AFP 2020 / FABRICE COFFRINI
Syrian Opposition HNC Leader to Arrive in Geneva Saturday - Delegation Head
According to Zoubi, the Riyadh-formed opposition will only consider implementing the Geneva communique on Syria’s reconciliation, rather than forming the national unity government and keeping Assad in power.

The 2012 Geneva communique stipulates that all parties to the Syrian conflict form a transitional governing body with full executive powers by a mutual consent.

The new round of intra-Syrian talks began in Geneva on April 13. According to UN Envoy for Syria Staffan de Mistura, this round of talks will entail discussions on the topics of political transition, governance, and the constitution.

HNC Rules Out Assad From Any Position in Transitional Government

Assad's Fate Must Be Discussed at Ongoing Geneva Talks - HNC