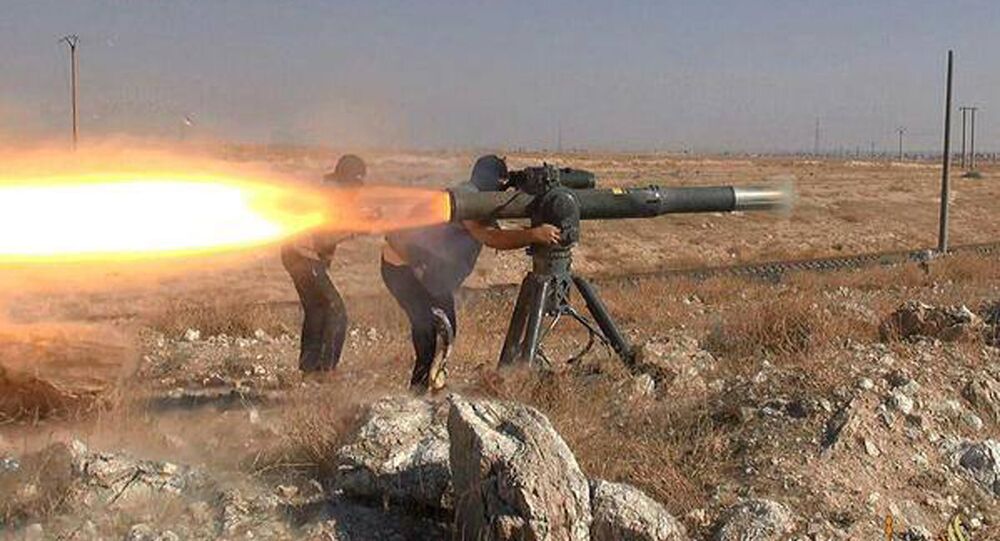 The White House took to the editorial pages of the Wall Street Journal to suggest that, if current negotiations bog down, the Pentagon would put anti-aircraft missiles in the hands of Saudi- and Turkey-supported ‘moderate’ rebel groups, including Daesh, al-Nusra and al-Qaeda, to sink the United States in another decade-long regime change quagmire.

To many, the article raises more questions than it answers. Who is the so-called ‘moderate’ opposition? Why is a Plan B being discussed prior to the next round of peace talks? And why, when the ceasefire brokered by the US and Russia appears to be holding? Does the US really want peace in Syria, or are they on the hunt for yet another regime change in the Middle East?

On Thursday, Loud & Clear’s Brian Becker sat down with Zafar Bangash, the editor of Crescent International, to discuss the status of the ongoing peace talks that began in Geneva on Wednesday, and whether the US is committed to eliminating Assad.

​Why is the US talking about giving terrorists anti-aircraft missiles ahead of the Geneva peace talks?

"This Plan B was first reported by the Wall Street Journal on Tuesday right before the peace talks on Wednesday,"said Bangash. "To be honest with you I was not surprised by it, but after a successful ceasefire went into effect on February 27 the fact that the United States government is talking about Plan B already is very worrying."

"They keep coming up with this ludicrous notion that we should support moderate rebels," explained Bangash, "but these are terrorists and mercenaries who have engaged in horrific crimes against the civilians in Syria so anybody who talks about moderate rebels is, number one, deceiving other people and, number two, I would say they really need to get their heads examined."

Bangash questioned America’s commitment to peace, as the Geneva talks resume Wednesday, but the US is already announcing backup plans to provide anti-aircraft missiles to an unidentified ‘moderate’ opposition. "The US does not want peace in Syria, and that their ultimate objective remains the overthrow of the Bashar Assad government, and it does not bode well for the future of Syria," he said.

The editor said that, by issuing the announcement in a major US newspaper rather than behind closed doors, the US is effectively baiting Turkey and Saudi Arabia to "go for it, if you can collapse this ceasefire then we can escalate this into a full on war and regime change."

How does this US announcement compare to Russia’s decision to withdraw troops from Syria?

"This speaks to the difference in the way the two countries conduct policy," said Bangash. "Russia had fulfilled its objective of supporting the legitimate government in Syria and, in order to give peace a chance, Vladimir Putin announced that Russia would pull the bulk of its troops from Syria. That was an indication, even to the opposition, that Russia was very interested in a peaceful resolution to this conflict."

Why does the US want to undermine the peace process?

That progress, Bangash explains, comes at a high cost to US arms dealers and Turkish smugglers. "The Turks, Saudis, and Americans were afraid that the Syrian army is making so much progress that soon the Turkish-Syrian border, where weapons are smuggled through to the terrorists, would soon be sealed," said Bangash.

"In that context, the Americans don’t want to see a ceasefire or a peaceful resolution, they don’t want a ceasefire in areas where it benefits the Syrian army over the terrorists," said Bangash. "So a very cynical game is being played in Syria, and I don’t think it bodes well for the war-torn country."