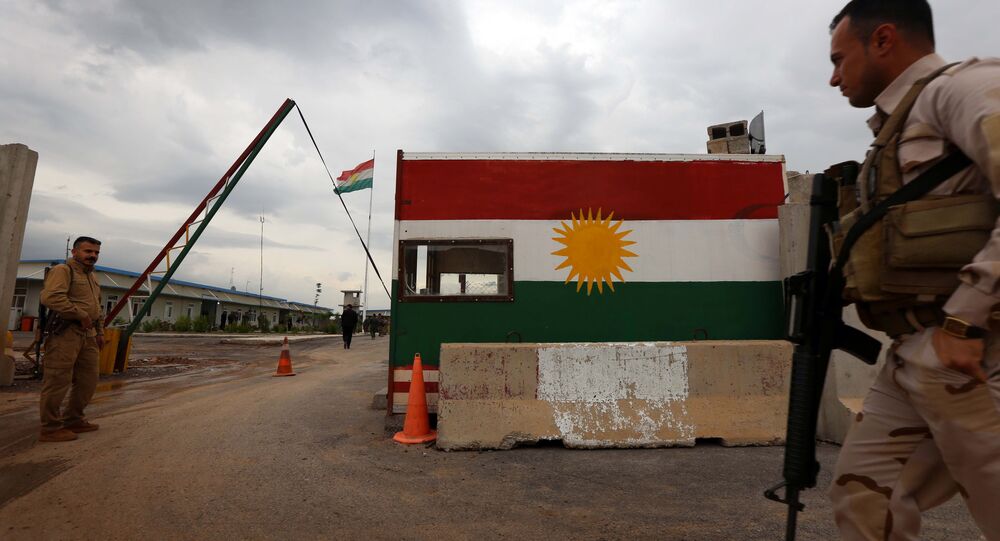 "They [Iran] have been America’s ally in the war against ISIS [Islamic State]," Talabani stated at a conference hosted by the Woodrow Wilson Center in Washington, DC.

Iraqi Kurdistan, Talabani continued, considers Iran a key neighbor and partner in the fight against terrorism.

© AFP 2021 / AHMAD AL-RUBAYE
Iraqis Don't See Washington as 'Being Serious' About Defeating Daesh
The KRG also hopes, he added, that the Kurds can form a stronger relationship with the Sunni community in the region that will not undermine Kurdish-Shia relations.

Syrian President Bashar Assad said last month that the military and political support provided by both Iran and Russia have been critical in the fight against terrorist groups in Syria, including the Islamic State, or Daesh.

In early March, Iraqi President Fuad Masum told RIA Novosti that Baghdad is not opposed to partnering with Iran in a counterterrorism coalition that would also include Russia and Syria.

Iraqis Don't See Washington as 'Being Serious' About Defeating Daesh