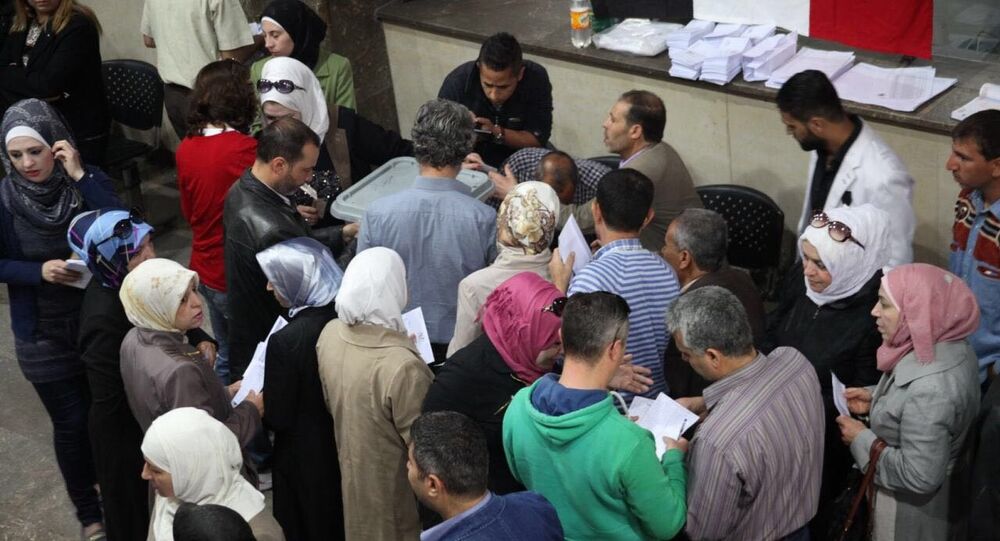 Polling Stations Closed in All of Syria’s Provinces – Elections Committee

Voting is over in Syria with polling stations in all of the country’s provinces now closed, a member of the Central Elections Committee in the city of Aleppo, the largest in Syria, told RIA Novosti.

ALEPPO (Sputnik) – Parliamentary elections were held in Syria on Wednesday. Over 7,000 polling stations opened across the country earlier in the day. Over 3,500 candidates are contesting the 250 seats in Syria's parliament.

"Our polling station, like the rest of them in Syria, has been declared closed," Musa Abu Ali told RIA Novosti right after midnight on Thursday.

© AFP 2021 / DELIL SOULEIMAN
Syrian Kurds Boycott Parliamentary Elections in Country - Party Co-Chair
Syria has been mired in civil war since 2011, with the army loyal to President Bashar Assad fighting several opposition factions and militant groups. The West and several Middle Eastern countries do not consider Assad to be the legitimate authority of Syria. In 2011, Washington imposed sanctions against him in the hope that he would step down.

Russia has repeatedly stressed that it is up to the Syrian people to decide on their leadership. In the 2014 Syrian presidential elections, Assad won a landslide victory, receiving 88.7 percent of the votes.

Pentagon: Violations of Truce in Syria Seem to Be Increasing ‘Marginally’