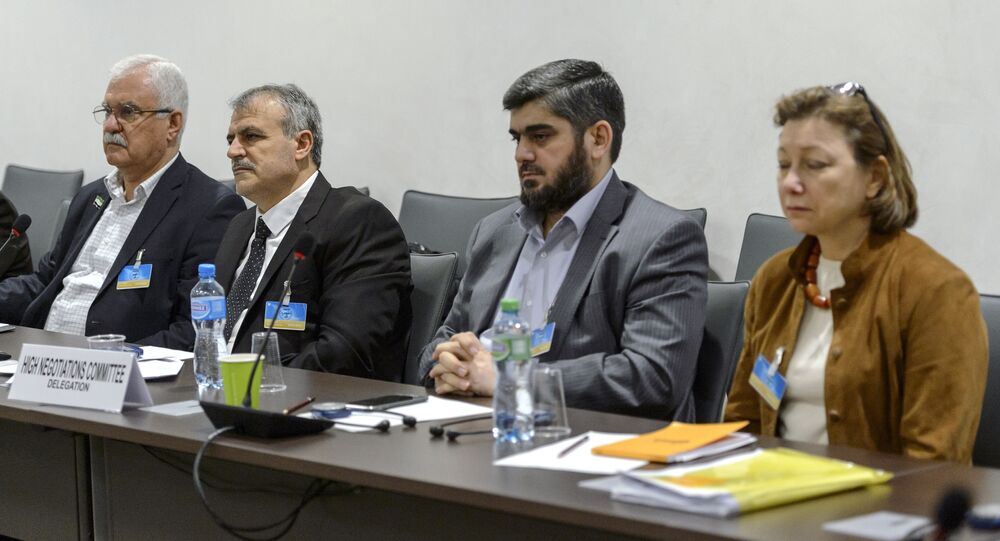 The opposition High Negotiations Committee (HNC) does not rule out military escalation in Syria ahead of a new round of talks in Geneva, its head Asaad Al-Zoubi told reporters.

GENEVA (Sputnik) — A new round of intra-Syrian talks kicked off in Geneva earlier in the day. The Damascus delegation has not arrived yet, as Syria is holding parliamentary elections today, which the opposition considers illegal.

"You know that when another round of talks begins the regime engages in military escalation to demonstrate that it does not want a political solution… That is why we do not rule out that another provocation would be staged by the  regime,” Al-Zoubi said after meeting with UN Envoy for Syria Staffan de Mistura.

"The aim of this round will be the establishment of a transitional structure with full executive powers, it’s the only solution and the main priority of the talks," Al-Zoubi told a press conference.

The HNC head elaborated that the establishment of such body would mean mandatory resignation of representatives of the current government headed by President Bashar Assad.