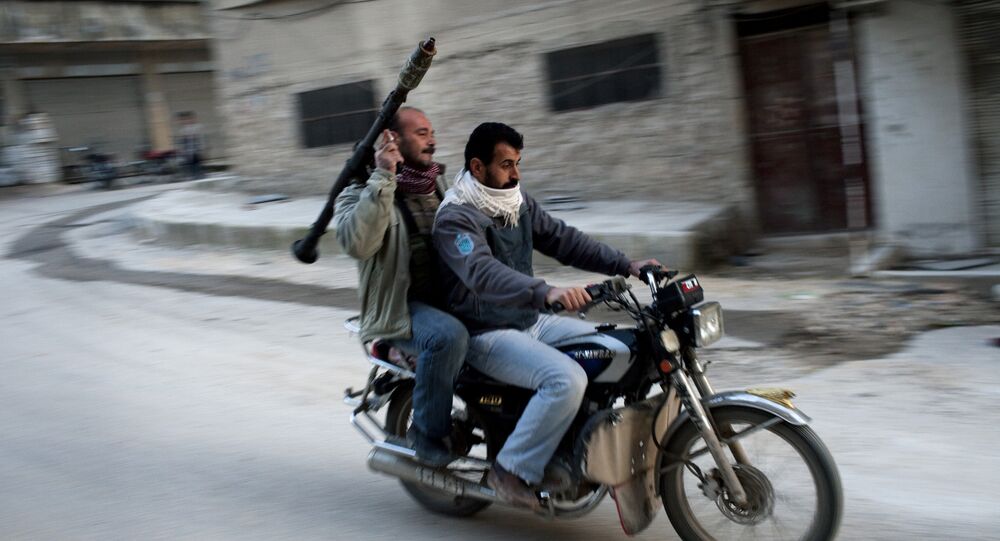 The US Central Intelligence Agency (CIA) would not provide any comments on reports that it is preparing to supply Syrian rebels with more lethal weapons should the fledgling cessation of hostilities in the Arab republic collapse, CIA Spokesperson Ryan Trapani told Sputnik on Wednesday.

WASHINGTON (Sputnik) — On Tuesday, The Wall Street Journal reported that the CIA and its regional partners are preparing Plan B in Syria that includes delivery of various types of anti-aircraft weapons to Syrian rebels. Anonymous US and Mideast officials cited by the outlet would not, however, specify the precise systems that can be delivered.

Trapani said that the CIA would decline to comment on the report.

© AP Photo / Khalil Hamra
'Moderate' Islamism? Washington, Brussels Playing With Fire in Syria, Iraq
Plan A means the current cessation of hostilities between Syrian government forces and rebel groups, with the exception of terrorist networks operating in the country. The ceasefire took effect on February 27, and has been described as largely holding despite violations.

On February 23, the day after Russia and the United States negotiated the ceasefire, White House spokesperson Josh Earnest said the United States was "not ruling out a Plan B" in case the truce did not hold. Moscow questioned US commitment to the cessation of hostilities with its contingency plan.

US Meets With Syrian Groups to Discuss Arming, Training Opposition