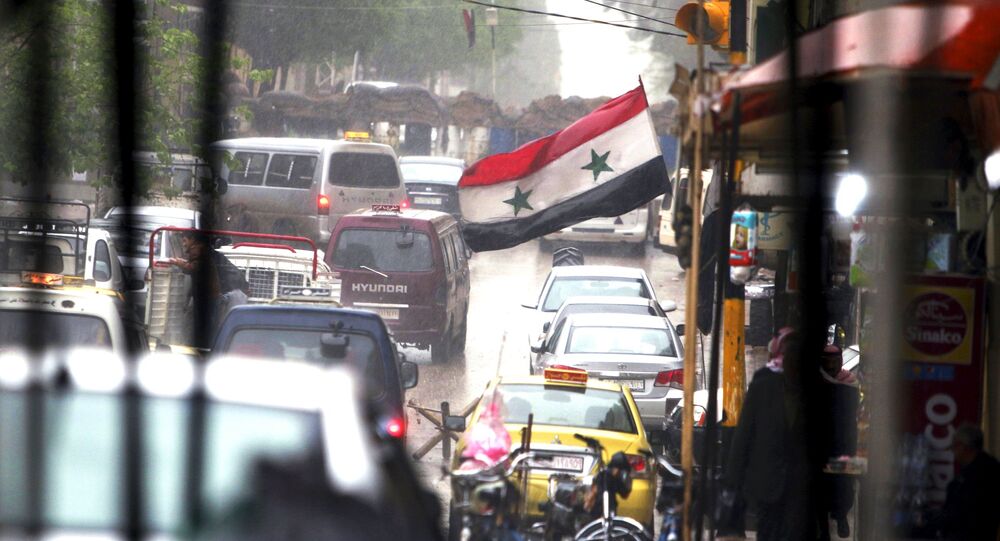 Increased fighting in Syria has sparked growing concerns from France and Iran that escalating violence could hinder the already fragile truce agreement.

© AFP 2021 / BARAA AL-HALABI
Kremlin Sticks to Syria Peace Process Amid Reports of Washington's 'Plan B'
The Iranian and French governments believe the violence in the Syrian city of Aleppo could cause the ceasefire deal, brokered by the US and Russia, to be compromised.

In a joint statement, Russia and the US agreed to the 'cessation of hostilities' which began at midnight on Friday 27 February. It required both parties to agree on a ceasefire and both countries to act as direct guarantors and monitors of the agreement.

However, due to growing violence, both Iran and France have voiced concerns that this could risk an already fragile deal.

However the French, who also have worries that increased violence could impact peace, blamed the opposing side, saying they were "a threat to the cessation of hostilities," according to government spokesman Romain Nadal said.

To add further fuel to the fire, a senior official close to the Syrian government said the truce had effectively collapsed.

"On the ground the truce does not exist," said the official, who is not Syrian and declined to be named because he was giving a personal assessment.

"The level of tension in Syria will increase in the coming months."

However, Russian Deputy Foreign Minister Sergei Ryabkov said Wednesday that the Syrian government has no other choice but to respond to hostilities perpetrated by the al-Nusra Front and other affiliated groups:

"Yes, unfortunately, once again the talks are starting, that the cessation of hostilities is unstable, that there are risks of failure… We, unfortunately, see that in some areas in Syria al-Nusra Front and groups linked to it are on the offensive. It is understandable that the government forces cannot avoid responding in these conditions. There is no violation of the ceasefire here," Ryabkov said.

#Churkin: Russia expressed concern over the fact that thousands of gunmen are still crossing into Syria from Turkey https://t.co/Nnv8XwlCv4

Syrians living in government-controlled areas head to the polling stations Wednesday, to vote for a new 250 member parliament.

© AP Photo / Hassan Ammar
A Syrian woman casts her vote at a polling station during the Syrian parliamentary election in Damascus, Syria.

The civil war in Syria has left millions displaced and killed more than 250,000 people. It has also allowed for the rise of Daesh (also known as ISIL), and drawn in the need for international help.

Syrian Reconciliation Must Include All Religious, National Groups - Kremlin