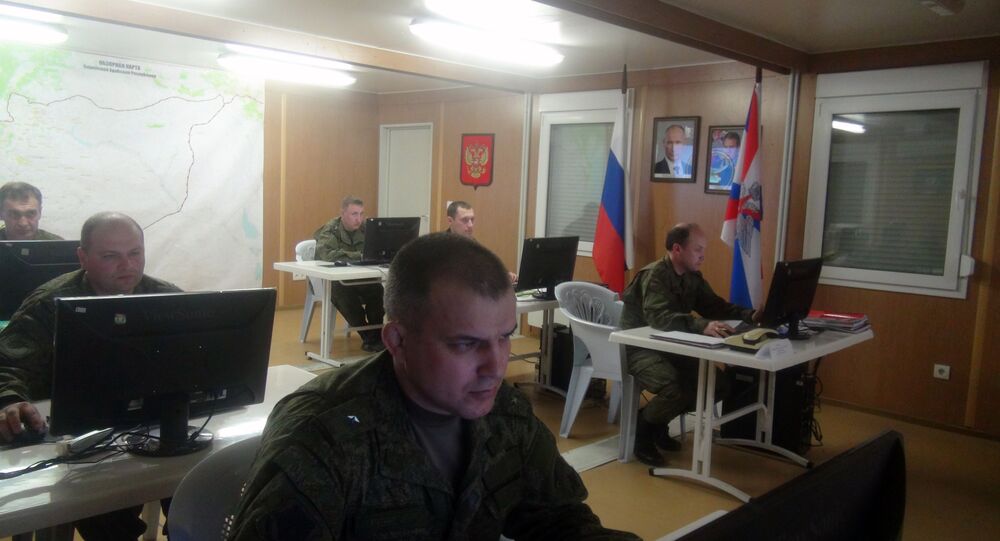 The Russian center for Syrian reconciliation at the Hmeymim airbase registered a total of four violations of the ceasefire regime in Syria in the last 24 hours, the Russian Defense Ministry said Tuesday.

MOSCOW (Sputnik) — Russia and the United States reached an agreement on the ceasefire regime in Syria on February 22. The truce excluded terrorist groups Daesh and al-Nusra Front.

"The cessation of hostilities in Syria has been respected in most of Syrian provinces. However, a total of four violations of the ceasefire regime have been registered in the Latakia province," the ministry said in a daily bulletin posted on its website.

© Sputnik / Mikhail Voskresenskiy
Lavrov, Kerry Stress Need for Cooperation to Bolster Syria's Ceasefire - Foreign Ministry
The number of armed opposition units that have joined the cessation of hostilities in Syria has increased to 49, the Russian Defense Ministry said.

"Ceasefire agreements have been reached with field commanders of two armed units operating in the Damascus province and numbering up to 300 militants."

"As a result the total number of opposition units that have pledged to respect the ceasefire has increased to 49," the bulletin said.