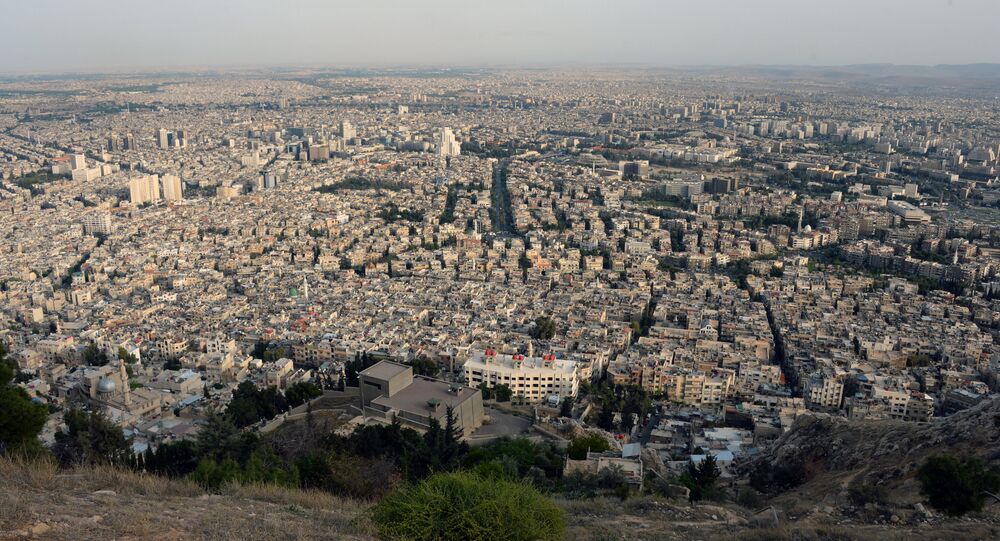 The Russian parliamentary delegation of deputies of the State Duma is on a working visit in Syria ahead of parliamentary elections scheduled to take place on April 13 in Damascus and several other Syrian cities. A Russian lawmaker told Radio Sputnik about the details of the delegation's visit.

“I’m in the liberated Syrian town of Maaloula, where peaceful life is being restored and the day before we were in Damascus. People there go to work, walk around and normal life has resumed. At the same time there is an active political process underway and soon elections to the People's Council — the Syrian Parliament, will take place. All the streets are plastered with political posters.”

He further said, “At a meeting with colleagues, we have once again confirmed that Syria is ready to discuss normalization of the political process in order to bring back the peaceful life of a sovereign, united and independent country,” Alexander Yushchenko said.

Meanwhile, in Syria parliamentary elections are scheduled for April 13 and the government forces with the support of Russian Air Force are preparing a joint operation to liberate the city of Aleppo, which is still under Daesh control.

Militants of Daesh are not subjected to US-Russian agreement on the ceasefire, using weapons and arranging provocations against peaceful citizens.

According to Yushchenko, the prospects for the next round of Geneva talks can be evaluated positively if all of the political forces are ready for constructive negotiations.

He added that, “Those that depend on external factors, the Gulf States and Turkey, there is nothing to talk about with them. That is why if in the Geneva negotiations representatives of real constructive opposition will take part, those who want to return to a peaceful life in the Syrian territory on the basis of integrity, then talks can be constructive,” Alexander Yushchenko said.

According to him, the liberation of Aleppo is just a matter of time. “Currently there are ongoing attacks on the civilian population, in spite of the truce there are militants of Daesh. But no militants can hold the line if they do not have the ‘feeding’. If you cut off all deliveries of weapons and food, then the liberation of the city is just a matter of time,” the deputy said.

In light of the need for providing Syrians with humanitarian aid, the Russian Ministry of Defense is deploying a mobile bread baking factory to assist the local population, Army General Sergei Shoigu said Tuesday.

“Within the framework of the provision of humanitarian assistance to the citizens of Syria, we are deploying a mobile mechanized bread baking factory, capable of producing up to 8 tons of bread per day,” Shoigu said in a conference call.

Russia is actively involved in providing humanitarian assistance to the Syrian population affected by the war, with the Ministry of Defense having recently delivered about 700 tons of humanitarian cargo to Syria.