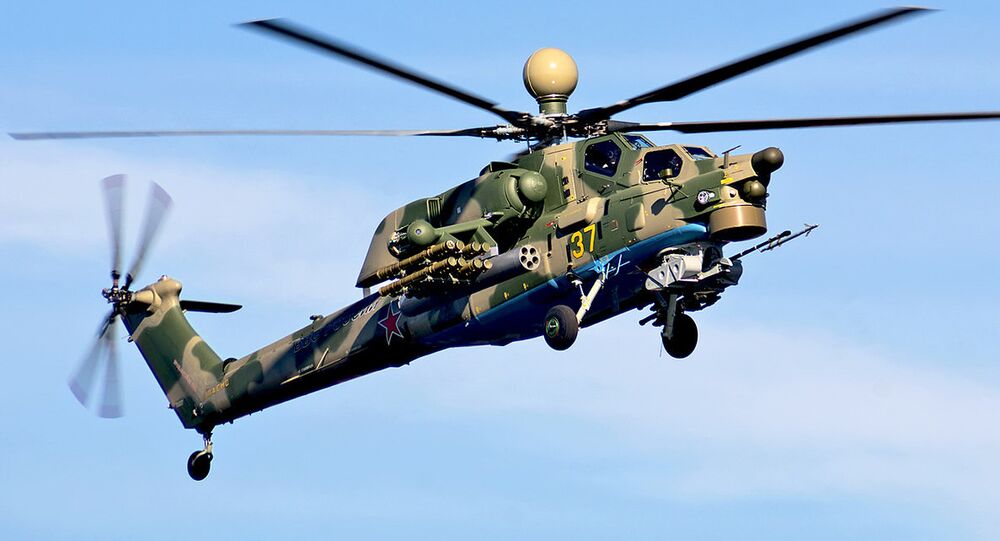 "According to a report from the crash site, the helicopter was not shot down, the press service's statement said."

“Two crewmembers were killed. The bodies of the dead pilots were removed [from the crash site] during search and rescue operations and are currently at the Hmeymim Airbase."

According to the ministry, the reasons behind the crash are yet to be determined. A task force has been sent to the site of the incident to investigate the crash.

"Obviously, the commander in chief is notified first of such emergency incidents."

Russia has been conducting a counterterrorist operation in Syria since September 30. On March 14, President Vladimir Putin ordered to withdraw the main part of the air group from Syria.

On November 24, a Turkish F-16 shot down a Russian Su-24 bomber over Syria. One of the pilots was killed by Islamist rebels after ejecting. A Mi-8 helicopter, which had been sent to conduct a search and rescue mission, was damaged by the rebels' fire, and a naval infantry officer was killed.

The Mi-28N Night Hunter is a modification of the Mi-28 gunship designed for round-the-clock combat operations. It can find and destroy the enemy's vehicles and manpower.