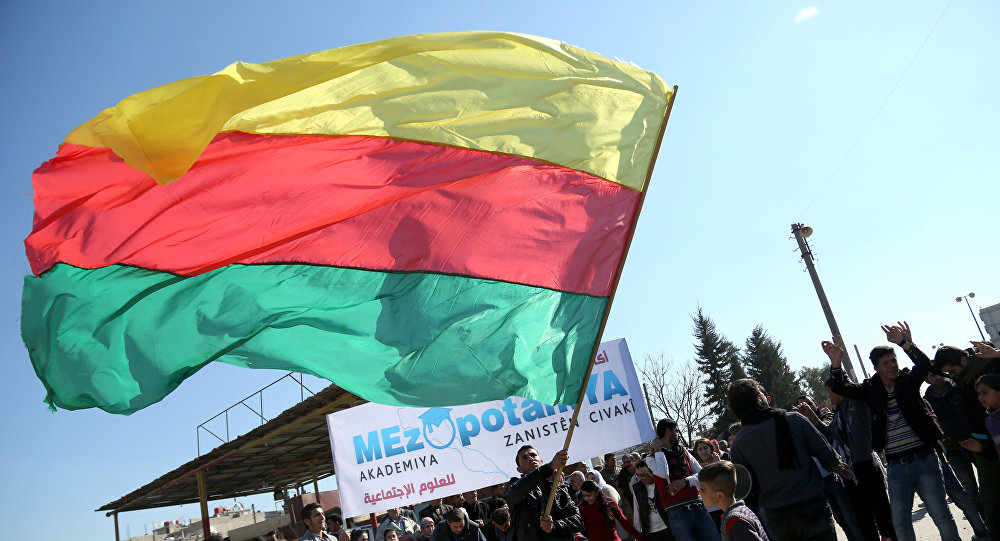 United They Stand: ‘Majority of Kurds in Syria Against Splitting Country’

Most Syrian Kurds are in favor of keeping the country united, stressing the need for a peaceful dialogue, Kurdish politician and member of the opposition party ‘Syrian Democratic Council’ Reyzan Heidu told Sputnik.

© AP Photo / Bilal Hussein
Syrian Kurds' Federation Model Gets Positive Feedback From European Society
At a conference of the Syrian Kurds in the town of Rumaila (province Hasakah) on March 17, reportedly delegates made a decision of federalization. The federated district of Rojavi (West Kurdistan) and northern Syria, called to unite the scattered Kurdish communities.

On Tuesday, reports appeared citing the plans of the Kurds to declare a ‘federation’ in Northern Syria which would remain a part of the country.

According to the Agence France-Presse news agency, three Kurdish-controlled regions voted to approve the establishment of a federal system, despite warnings from Syrian and Turkish authorities against such a move.

“The majority of Kurds are in favor of unity in Syria, rejecting the split and seeing the need for dialogue to resolve the crisis,” Heidu said.

He further said that he had not heard any of the Kurdish politicians since the formation of the first Kurdish party in Syria in 1957, calling for separation. According to him, the idea does not have mass support.

Earlier in an interview with RIA Novosti Bashar Assad said that, in his opinion, most Kurds want to live in a unified Syria with a centralized power.

Earlier, Syria's Foreign Minister Walid Muallem rejected proposals for the federalization and partition of the country, supported at the Geneva intra-Syrian talks by several opposition factions.