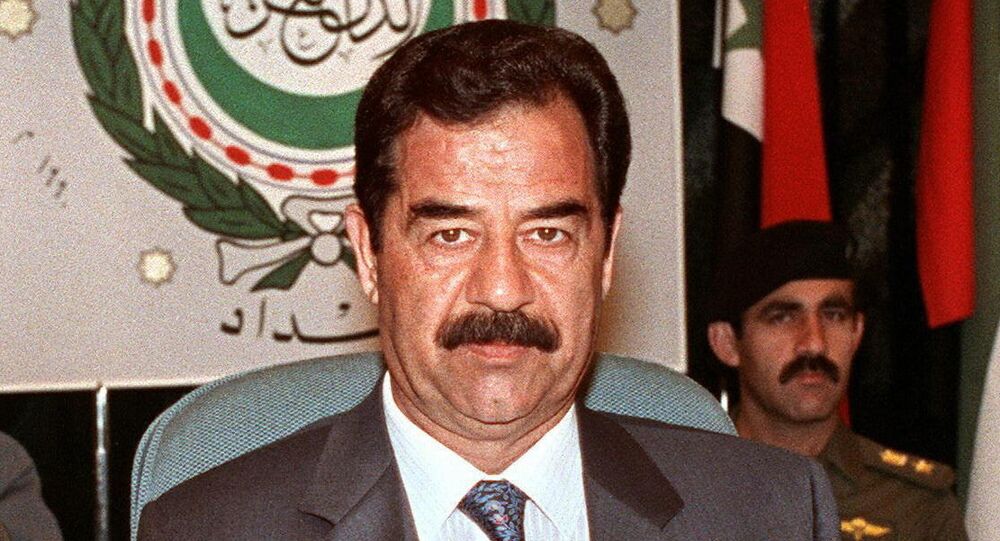 'It Was Victor's Justice': Iraqi Judge and Doctor on Saddam Hussein's Trial

Thirteen years ago, on April 9, 2003, US troops toppled the statue of Iraq's leader Saddam Hussein hours after occupying Baghdad. The Iraqi strongman was then captured, tried, sentenced to death and executed following a trial that Chief Judge Rizgar Amin described as "victor's justice" in an exclusive interview with RT.

"To my utmost regret, I must admit that the trial of Saddam Hussein had been victor' justice, rather than a manifestation of principles it was meant to uphold. The desire for revenge dominated the proceedings," the judge, who presided over Hussein's trial, recalled.

© Flickr / Ray
'Horrible Mistakes': Former Abu Ghraib Interrogator Recounts Gruesome Details of US Torture Policy
The trial, he added, was primarily "of a political nature," meaning that "ruling circles as well as various political forces had an impact on it." The United States was one of those forces.

"The United States' role has been instrumental to create and finance the trial," Amin explained. "They also provided it with everything necessary to operate. Even trial-related expenses have been adopted by the Iraqi Governing Council."

The trial was largely viewed as a show trial, with Amnesty International calling it "unfair" and Human Rights Watch referring to the proceedings as "flawed."

The security of defense lawyers was also a major issue.

Saddam Hussein's "chief lawyer was abducted and killed after the first hearing," Amin noted, referring to Khamis al-Obeidi, who was assassinated on June 21, 2006. "Saddam's other lawyers received threats or were killed. Nobody provided adequate security to defense lawyers. This raised questions as to how fair the court's decisions were."

Saddam Hussein was sentenced to death by hanging. The execution took place at Camp Justice, an Iraqi army base in northeast Baghdad on December 30, 2006, the first day of a major Muslim holiday, Eid al-Adha.

"I was prohibited from discussing other topics with Saddam, taking anything from him or giving him anything. They took my keys, a cell phone and all I had in my pockets. I walked into the facility clothed, but without my belongings, except for a piece of paper" to write something down, Dr. Jawad told RT.

Dr. Jawad was the only physician authorized to examine Hussein by the Americans. He was allowed to meet Iraq's strongman after US troops were accused of torturing Hussein, who was held at a US base, known as Camp Cropper.

"Our handshake was a very long one. I remembered his words when he was holding my hand: 'It's obvious that you are an Iraqi." I told him that I was a true Iraqi. I didn't come from abroad; I was living and working in Iraq."

Hussein also told the physician that he would not have allowed an Israeli or an Iranian doctor to perform the procedure. "One could say it was a friendly meeting," he added.

Dr. Jawad also mentioned that at the time Saddam Hussein was "in good health" taking his age into account. Hussein was 69 when he was executed.

Strange Bedfellows: Have Washington, Tehran Teamed Up in Iraq?