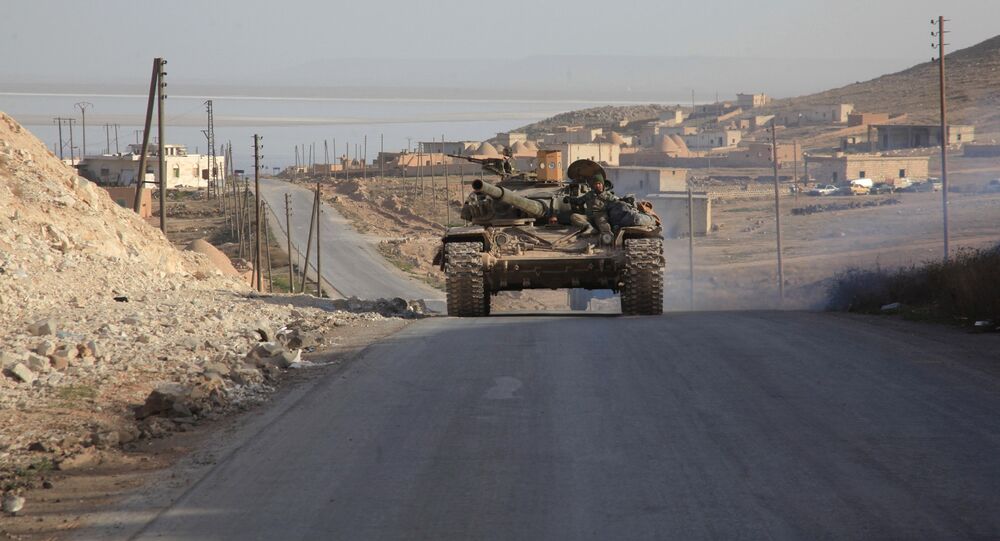 A military source said that the Syrian government army has repelled a joint attack by several terrorist groups on a settlement near the northern city of Aleppo.

DAMASCUS (Sputnik) — The Syrian government army has repelled a joint attack by several terrorist groups on a settlement near the northern city of Aleppo, a military source told RIA Novosti.

"The fierce fighting is happening to the south of Aleppo. The Syrian army repelled an attack, which was organized by several terrorist groups under the leadership of 'Jabhat al-Nusra' [banned in Russia] on the outskirts of the settlement of Berna," the source said.

© AP Photo / Al-Nusra Front via AP
Kurdish Envoy Tells Sputnik Chemical Weapons, Mortars Used in Aleppo Attack
Another militant attack was repelled by government forces in the Khan Tuman settlement near Aleppo, while the Syrian city’s residential quarter of Saif Dawla was shelled by terrorists, according to the source.

On February 22, Russia and the United States reached an agreement on a ceasefire in Syria, which took effect at midnight on February 27. The ceasefire does not apply to terrorist groups operating in Syria.