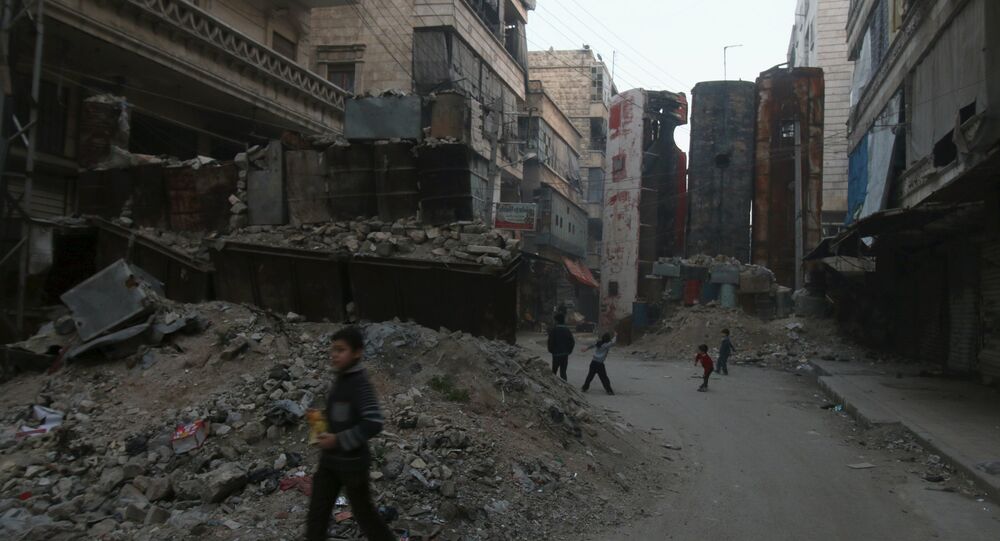 Explosion of land mine killed at least six children on the border between the Aleppo and Raqqah provinces in the north of Syria, according to local media

MOSCOW (Sputnik) — At least six children were killed as land mine, left by terrorist in the northern countryside of Aleppo, exploded, local media said Saturday.

The incident occurred on Friday in the village of Darb Hassan, which is located on the border between the Aleppo and Raqqah provinces in the north of the country.

In Palmyra, terrorists planted bombs over a territory of 180 hectares. Russia has deployed several groups of specialists and de-mining robots to assist Syrian experts in clearing bombs and land mines left by Daesh militants in their retreat from the historic city.