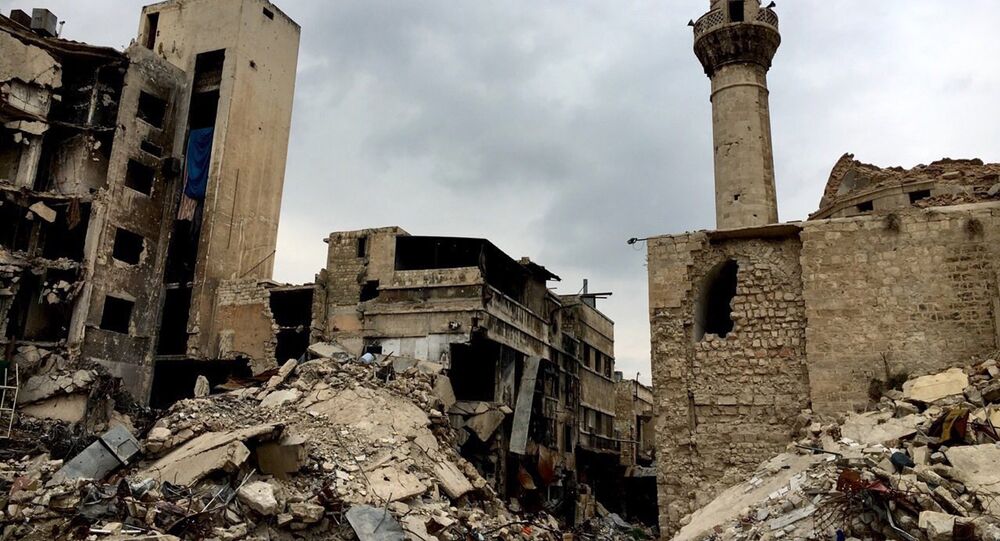 The Russian Defense Ministry reported that the al-Nusra Front terrorist group, banned in Russia, continues fighting in Syria’s Aleppo, with 18 civilian deaths having been registered in the city.

MOSCOW (Sputnik) – The al-Nusra Front terrorist group, banned in Russia, continues fighting in Syria’s Aleppo, with 18 civilian deaths having been registered in the city by the Russian center for Syrian reconciliation at the Hmeimim airbase, the Russian Defense Ministry said.

"Formations of the 'Jabhat al-Nusra' terrorist group are not ceasing fighting in Aleppo and its suburbs. As a result of mortar fire during an attempt to capture the Sheikh Maqsood district, 18 were killed and 61 civilians received injuries of a varying severity," the ministry said in a daily bulletin posted on its website on Friday.

Earlier this week, the Russian center for Syrian reconciliation reported an increase in the number of al-Nusra Front formations in Aleppo, warning of a possible full-scale attack.

Aleppo, the largest city in Syria, was attacked by Nusra Front militants in 2012. Since then, Syrian government forces have been fighting for the city.

A US-Russia-brokered ceasefire came into force across Syria on February 27, but it does not apply to terrorist groups such as Daesh and Nusra Front, both of which are banned in Russia.

UN Secretary General Ban Ki-moon said in late March that the death toll from the Syrian conflict could be over 500,000 people. Current UN estimates say that over 470,000 people have been killed amid violence in Syria, while almost two million have been wounded.

Al-Nusra 'Cannibal' Gunned Down by Rivals

Number of Al-Nusra Front Militants in Syrian Aleppo on Rise