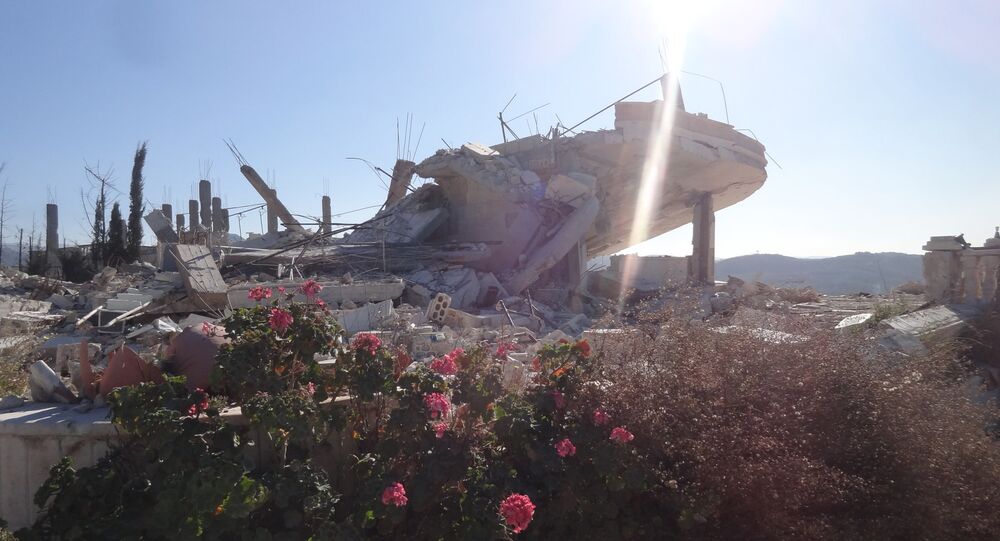 The Russian Defense Ministry said that the Russian center for Syrian reconciliation at the Hmeimim airbase has registered six violations of the Syria ceasefire regime in the past day.

© Sputnik / Dmitry Vinogradov
Russia, US Discuss Ceasefire Violations in Syria’s Latakia, Hama
MOSCOW (Sputnik) – The Russian center for Syrian reconciliation at the Hmeimim airbase has registered six violations of the Syria ceasefire regime in the past day, the Russian Defense Ministry said in a statement.

"The cessation of hostilities regime is being observed in most of the Syrian Arab Republic provinces. In the past 24 hours 6 violations have been registered (Latakia – 4, Homs and Hama – 1 each)," the ministry said in a daily bulletin posted on its website on Friday.

Syria has been mired in civil war since March 2011, with government forces loyal to Syrian President Bashar Assad fighting numerous opposition factions and extremist groups, such as the Islamic State (ISIL, also known as Daesh) and al-Nusra Front.

A US-Russia-brokered ceasefire came into force across Syria on February 27. It was supported by Damascus, as well as by dozens of opposition groups on the ground. Daesh and Nusra Front, both outlawed in Russia and a range of other countries, were not part of the deal.

In March, Russian President Vladimir Putin ordered the pullout of the bulk of the Russian contingent in Syria as the anti-terrorist campaign's objectives had broadly been completed. Following Putin’s announcement of the withdrawal, Moscow said that some Russian military personnel would remain at the Hmeimim air base as well as the naval base at Tartus to observe the implementation of the ceasefire in Syria.

Russia Registers Seven Ceasefire Violations in Syria in Past 24 Hours