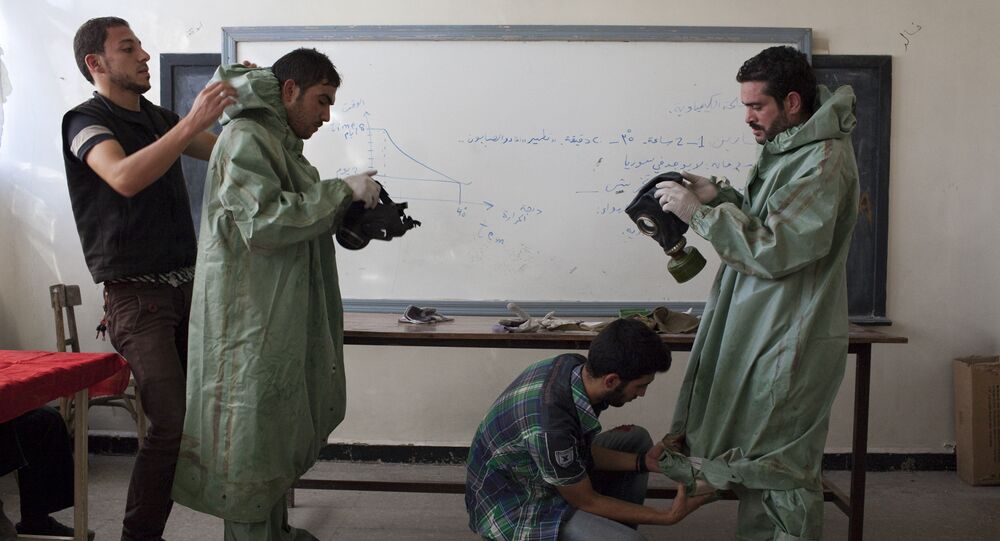 The United Nations works closely with the Organization for the Prohibition of Chemical Weapons (OPCW) on the possible use of chemical weapons in Syria and plans a second investigation shortly, UN Secretary-General Ban Ki-moon said Friday.

© Sputnik / Michael Alaeddin
Jaysh Al-Islam Terrorists Admit to Attacking Kurds With Chemical Weapons (VIDEO)
GENEVA (Sputnik) – The OPCW announced early in 2016 that all chemical weapons in Syria have been destroyed, following a 2013 UN Security Council resolution and the end of chemical weapons exports to Syria the following year.

"We have received second allegations and reports that chemical weapons might have been used again. And I established another investigation team in close coordination with OPCW. It has completed a first stage of investigation, and now they are going to enter a second phase of the investigation. I received the report, but we may have to continue this one. We very closely coordinate with the OPCW," the UN chief said.

A spokesman for Syrian Kurds told Sputnik on Thursday that some cases of gas poisoning had been registered among the civilian population and Kurdish militias following a Wednesday militant attack on Aleppo.

The purported use of chlorine came amid Nusra Front and affiliated militants staged an assault on the Kurdish People's Protection Units (YPG) in Aleppo. The Jaish al-Islam militant group, part of a ceasefire agreement with the Syrian government, said in a statement its field commander deployed weapons "he was not authorized to use."

Earlier in the day, a doctor from a Red Crescent hospital in Aleppo stated that victims of a chemical attack carried out in the south of Aleppo displayed signs of chlorine poisoning.

An International Federation of Red Cross and Red Crescent Societies (IFRC) was unable to corroborate the doctor’s claims, but an IFRC doctor was heard saying in a transcript of a video obtained by Sputnik that at least four people have been admitted with cases of poisonous gas asphyxiation.