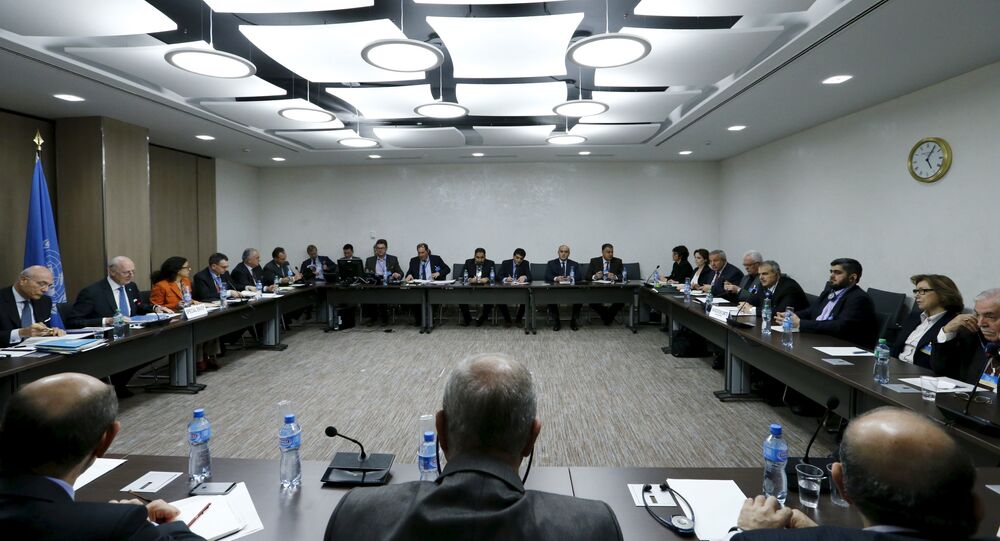 Opposition Member: Kurds Should Be Included in Syria Talks to Achieve Peace

Opposition by some Western states to the Kurds' participation in the intra-Syrian peace talks in Geneva will keep an idea of federalization on Kurds' agenda, a member of the Syrian Democratic Forum opposition party told Sputnik on Thursday.

MOSCOW (Sputnik), Svetlana Alexandrova — On Tuesday, Russia-initiated UN Security Council (UNSC) draft resolution on the inclusion of Kurds in the intra-Syrian peace talks was blocked by the Western UNSC members.

"There is no peace in Syria if the talks are not inclusive of all voices and forces. Of course they should include PYD [Democratic Union Party], maybe, within a common delegation of the High Kurdish Council, as the question of federalism had been put and would still remain on the table," a member of the Syrian Democratic Forum opposition party Samir Aita said.

The Kurdish bid for federalization came amid the UN-backed intra-Syrian negotiations in Geneva, to which the Kurds, one of the largest ethnic groups in Syria, were not invited.

© AP Photo / Bilal Hussein
Syrian Kurds' Federation Model Gets Positive Feedback From European Society
At a conference in the Hasakah province on March 17, the Syrian Kurds announced the creation of a federal region in the country's north.

The previous round of Syrian talks in Geneva finished on March 24. The next round is expected to kick off during a week starting on April 11, according to the UN Envoy for Syria Staffan de Mistura. Kurds have received no official invitation to the upcoming talks.

Participants of the Syrian peace process, including Russia, have repeatedly stressed that reconciliation talks will fail to reach a political settlement unless the Syrian Kurds are allowed to participate.