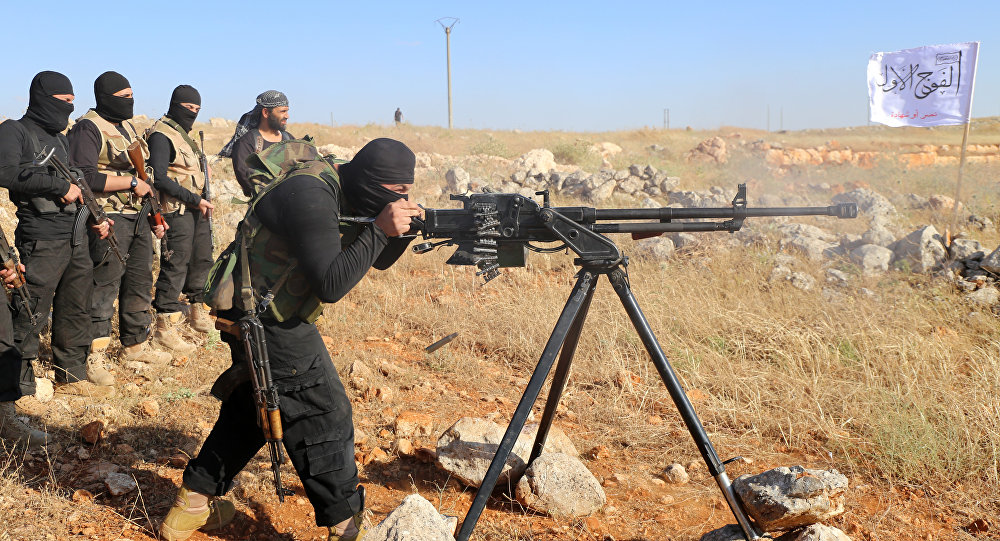 The Command Joint Operations Headquarters of the Syrian Army in Aleppo announced that the ceasefire had been disrupted in the southern part of the province in a statement Wednesday.

DAMASCUS (Sputnik) – The Syrian Army has renewed military activity against armed groups that are regularly violating the internationally-brokered ceasefire agreement in the south of Aleppo, the Command Joint Operations Headquarters of the Syrian Army in Aleppo said in a statement Wednesday.

“The Syrian Army and its allies have begun completing military tasks and are conducting gunfire against armed groups, their command points, and areas where they are gathering in the south of Aleppo province,” the statement reads.

© Sputnik /
Why US Neocons Want to Position More Militants in Syrian War Zone
Since 2011, Syria has been mired in a civil war, with government forces loyal to Syrian President Bashar Assad fighting a number of militant groups and opposition factions. The conflict has significantly damaged the country's economy and caused a humanitarian disaster.