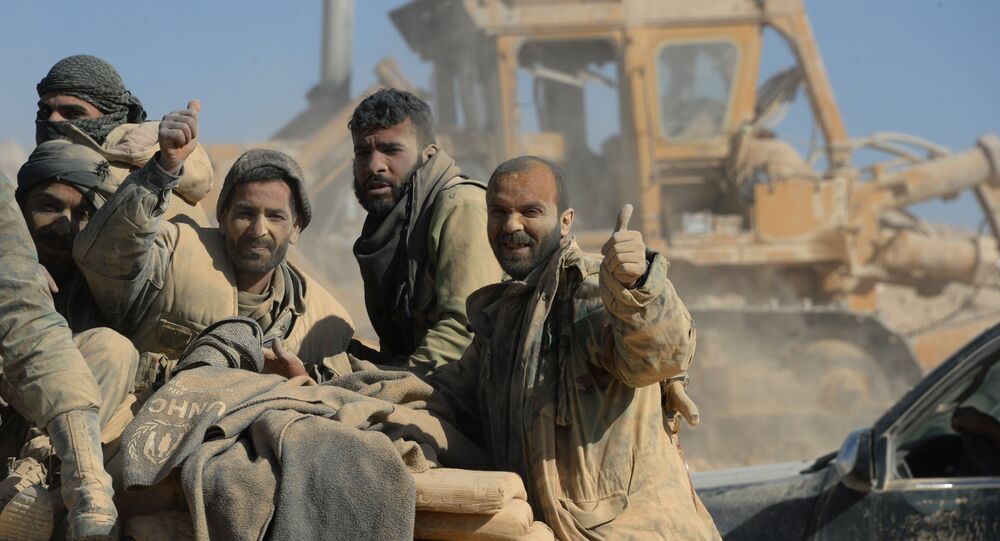 Syrian government forces have gained control over a Christian town in the province of Homs, Al-Qaryatayn. Meanwhile, the fighting is ongoing in the western suburbs of the town, a RIA Novosti correspondent reported Sunday.

A bomb squad has begun to work in the town, according to RIA Novosti. Militants have tried to mine roads and buildings in Al-Qaryatayn.

According to Syrian military, 80 percent of the town is controlled by government forces. Militants continue to retreat in off-road vehicles to the north side of the mountains. Syrian army is deploying military hardware to the town.

Earlier in the day, the Syrian army supported by popular defense groups started an offensive on the main stronghold of Daesh in the town of Al-Qaryatayn in Syria's Homs province.

© Sputnik / Iliya Pitalev
One More Step to Victory: Syrian Army Takes Control Over Mountain Range Near Al-Qaryatayn
Some of the terrorist armed groups tried to flee from the town to the nearby mountains.

The operation to liberate the Christian town of Al-Qaryatayn from Daesh militants began on Saturday morning. Covered by artillery fire, vanguard units of the army and its allies began an assault from the south, southeastern and northwestern directions, a RIA Novosti correspondent reported.